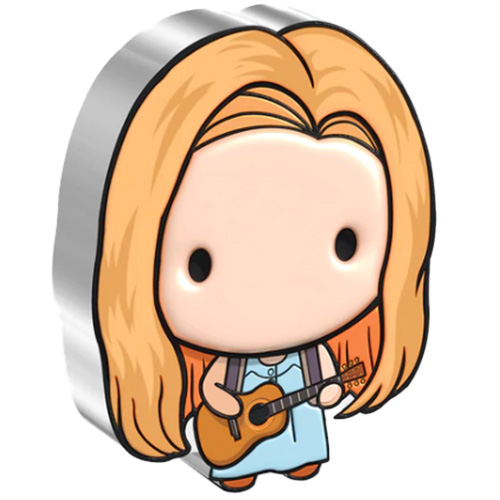 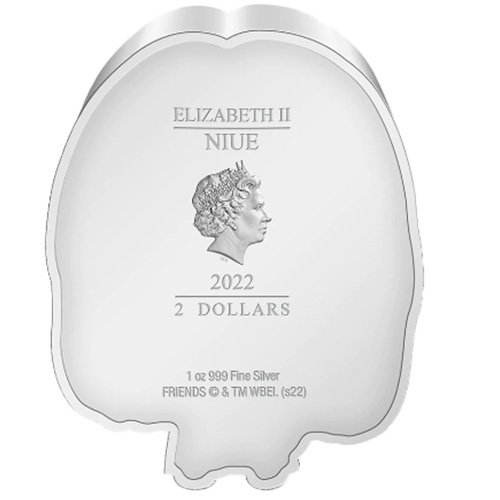 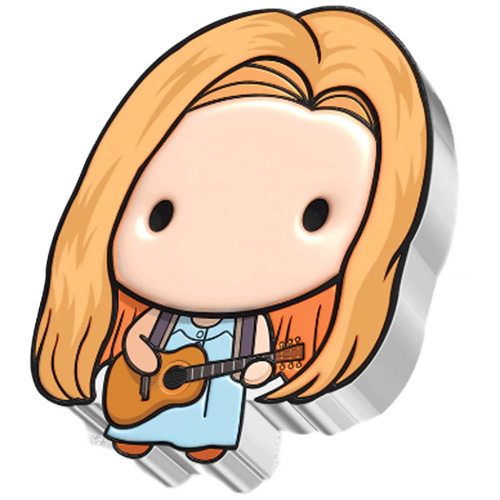 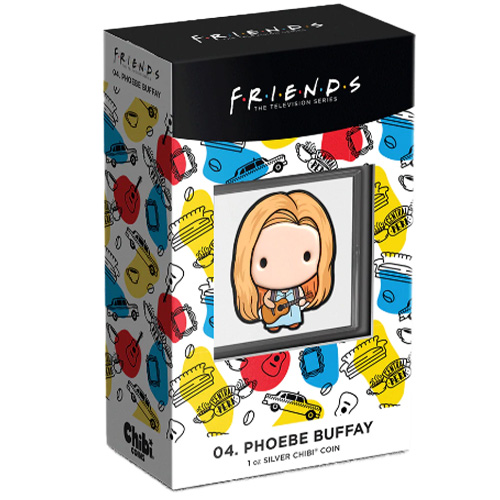 Phoebe Buffay, the quirkiest member of theFriendsgang, was known for her wit and bohemian lifestyle. A self-taught musician with a chaotic childhood, Phoebe was a free spirit with a perspective on life and the world at once odd, surprising, and endearing. She played guitar regularly in Central Park, producing such classic songs as “Smelly Cat,” and was consistently sweet-natured for all her eccentricity. The New Zealand Mint’s FRIENDS Chibi Coin series celebrates her with its fourth issue, the 2022 1 oz Niue Silver Chibi Friends Phoebe Shaped Coin.

Phoebe Buffay was the definitive eccentric of the core cast ofFriends.She could be counted on for off-kilter antics like masquerading under the name “Regina Phalange,” came from a bizarre life that had also produced her “evil twin” Ursula, and occasionally manifested odd powers like the ability to speak French fluently without any formal training, or to read her friend Joey’s thoughts (but nobody else’s). In other words, she brought the element of the unexpected that’s a key ingredient for good comedy, and won a devoted following in the process.

The 2022 Niue Silver Chibi Friends Phoebe Shaped Coin provides a colorized sculpture of Phoebe in the Japanese-inspired Chibi style. The fourth issue in theFriendsChibi Coin series comes in a protective display case with a Certificate of Authenticity that identifies your coin’s unique number in the mintage.

The coin’s obverse side features Elizabeth II in an official effigy that confirms it as legal tender despite its unusual shape. It’s joined by the inscriptions “Elizabeth II,” “Niue,” “2022,” and “2 Dollars,” as well as verification of the coin’s silver contents and the trademark and copyright of Warner Brothers.

A Chibi-style sculpture of Phoebe Buffay comprises the coin’s reverse side. She sports a blue dress and carries the signature guitar on which she composed “classic” songs like “The Cow in the Meadow Goes Moo.”

Contact the team at JM Bullion to learn more about these silver coins for sale. You can call us at 800-276-6508, use our online live chat or send inquiries to our e-mail address.