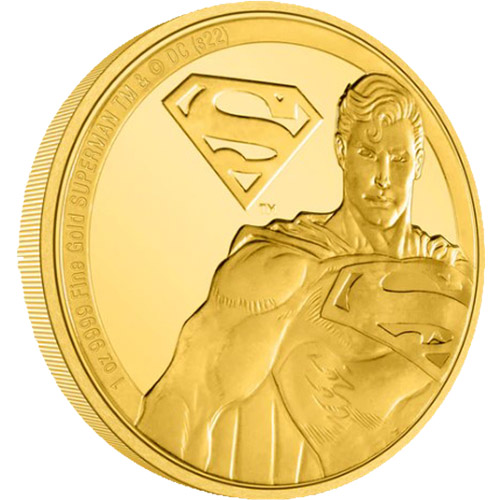 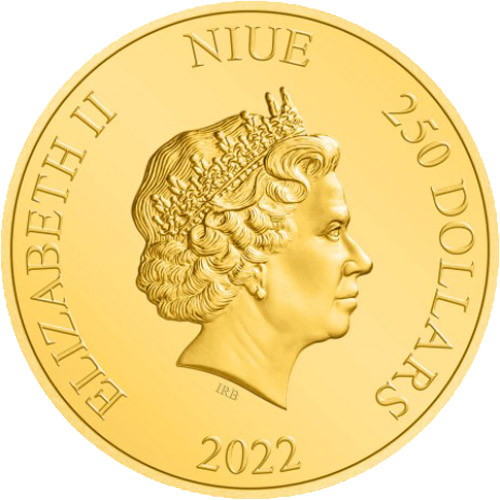 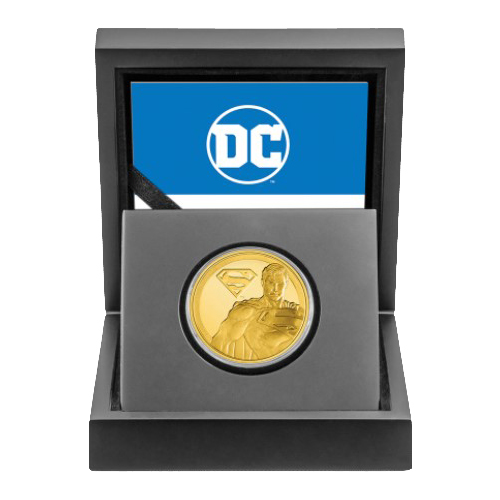 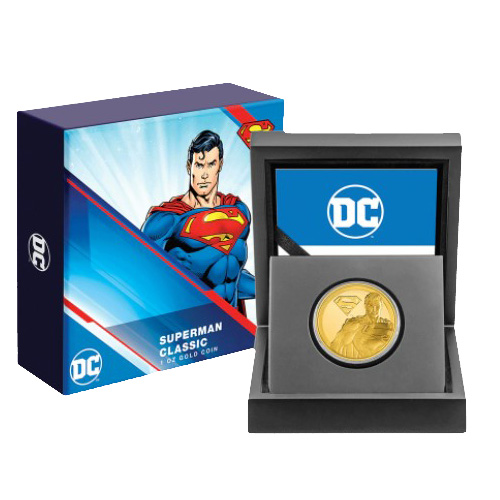 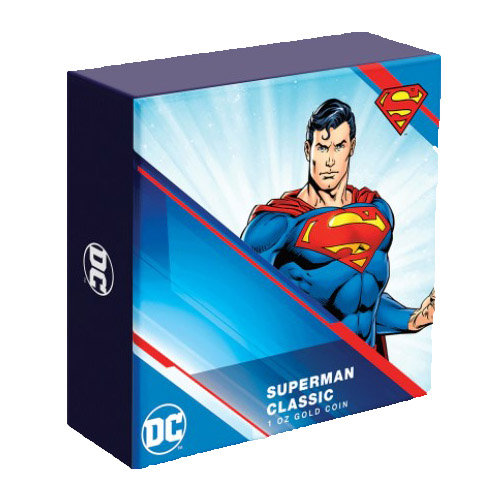 The most recognized example of the modern superhero archetype is the prototype that Jerry Siegel and Joe Shuster created in 1938. Superman, also known as the Man of Steel, paved the way for a vast pantheon of costumed heroes and has always remained at their forefront, a legacy now celebrated by the 2022 1 oz Niue Gold Classic Superhero Superman Coin available from JM Bullion.

The character of Superman gestated in the work of two young comic strip and magazine creators over the course of the early 1930s, emerging more or less fully formed — although not yet possessing his signature power of flight — in his own comic book in 1938. The Man of Steel pioneered the comic book format and became a flagship of the DC Comics brand ever since, reigning as the most iconic of superheroes over subsequent decades.

The 2022 Niue Gold Classic Superhero Superman Coin commemorates this legacy with high-quality artwork executed in fine gold and ships in a themed collector’s box, encased in black velvet. The team at JM Bullion ships these limited-issue collectibles fully insured against any possible damage or loss, and with only two hundred fifty pieces available, we recommend getting in early, as these rare coins will surely be popular with collectors, fans, and investors.

The reverse is dominated by a portrait of Superman in a powerful heroic pose alongside his signature S-shaped sigil, accompanied by the inscription “1 oz 9999 Fine Gold SUPERMAN” and the copyright and trademark of DC Comics.

The coin’s obverse features a familiar legal tender effigy of Her Majesty Queen Elizabeth II as commonly seen on circulation coinage throughout the British Commonwealth. It also carries the inscriptions “Elizabeth II,” “Niue,” “250 Dollars” and “2022.”

JM Bullion is always happy to answer questions about 1 oz gold coins. You can reach us by phone at 800-276-6508, via online live chat, or by sending inquiries to our e-mail address.