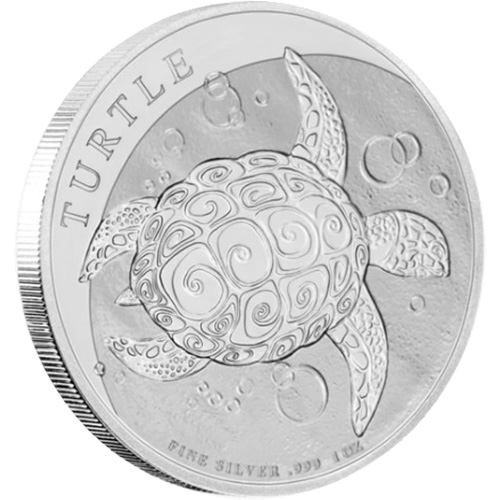 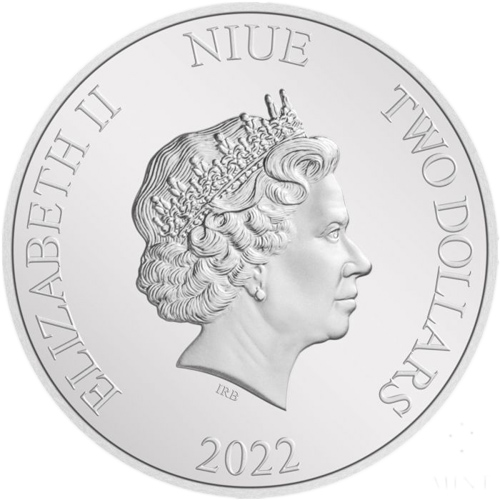 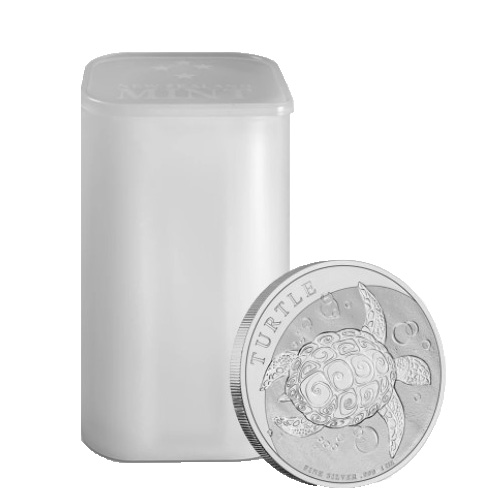 As low as $6.89 per oz over spot!
Add to WishlistLog In to add this product to your Wishlist
Free Shipping on $199+ Orders

One of the most popular silver coins for sale from the South Pacific region is the Niue Hawksbill. The coin is issued by the New Zealand Mint and was originally issued on behalf of Fiji. As of 2014, the series has been struck for the nation of Niue. Today, 2022 1 oz New Zealand Silver $2 Niue Hawksbill Turtle Coins are available to you online at JM Bullion.

The hawksbill turtle is known formally as the hawksbill sea turtle and is classified as a critically endangered sea turtle. The hawksbill is the only living member of its genus and has a worldwide distribution across the Indian, Atlantic, and Pacific Oceans throughout the tropical belt of water around the equator.

All of the 2022 1 oz New Zealand Silver $2 Niue Hawksbill Turtle Coins in this are in Brilliant Uncirculated condition. The coins in this series are packaged individually in protective flips or in tubes of 25 coins.

Queen Elizabeth II is on the obverse of 2022 New Zealand Silver Niue Hawksbill Turtle Coins. Her Majesty features on the coins in the popular 1998 design from Ian Rank-Broadley. Originally used on British coins from 1998 to 2015, this design was widely used throughout the Commonwealth Nations such as Australia, New Zealand, Niue, Tuvalu, and others. The right-profile effigy of the Queen includes the Girls of Great Britain and Ireland Tiara on her head.

A hawksbill turtle is featured in the reverse design of 2022 1 oz New Zealand Silver $2 Niue Hawksbill Turtle Coins. The design has been on this series of coins since 2010 when it debuted as the Fiji Taku. The image of the turtle is shown with bubbles around the turtle to create the sense it is swimming underwater.

The New Zealand Mint issues the Niue Hawksbill Turtle Coins. Located in Auckland, it is the only private mint in New Zealand and has more than four decades of experience producing silver and gold bullion coins with minimum purities of .999 fineness.

Please feel free to reach out to JM Bullion with any questions. We are available to you on the phone at 800-276-6508, online through our live chat, and using our email address.