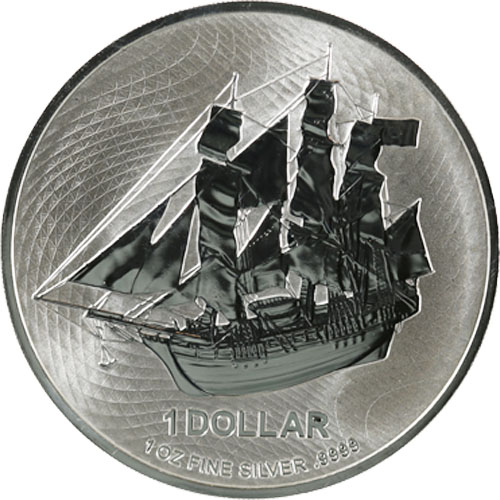 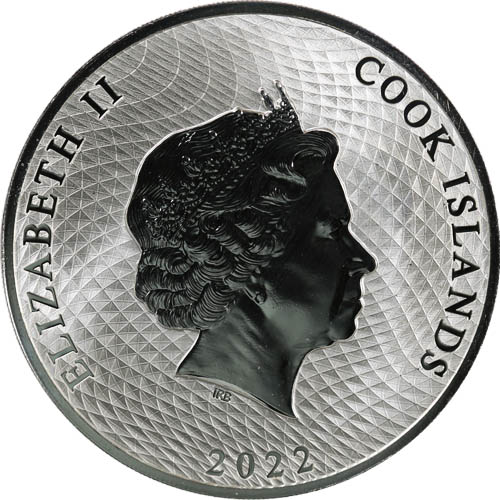 One of the more popular silver coins for sale from the South Pacific just happens to have a design focus that celebrates one of the most infamous ships to ever sail the waters of the South Pacific. The Cook Islands Bounty Silver Coins are an annual release and are available in investment-grade silver bullion each year. Right now, 2022 1 oz Cook Islands Bounty Silver Coins are available to purchase online from JM Bullion.

Each 2022 1 oz Cook Islands Bounty Silver Coin available in this listing comes with individual and bulk packaging options. The coins ship individually inside protective flips, with multiples packaged in plastic tubes or boxes. The plastic tubes hold a total of 20 coins and the box holds a total of 500 silver coins. All of the coins are in Brilliant Uncirculated condition.

The HMS Bounty went down in history not for the actions of the ship in war or even the importance of its mission, but rather, for the end result of its maiden voyage as a vessel within the Royal Navy. Built in 1784, the Bounty was sold to the Royal Navy in 1787 and retrofitted for a botanical mission to the South Pacific. After months in the South Pacific, much of the crew mutinied against the captain.

On the obverse of 2022 Cook Islands Bounty Silver Coins is a portrait of Queen Elizabeth II. The design featured on Cook Islands coins is the fourth-generation effigy from Commonwealth currency. Created in 1998 by Ian Rank-Broadley, this effigy shows the Queen in right-profile relief wearing the Girls of Great Britain and Ireland Tiara on her head.

The reverse side of 2022 1 oz Bounty Silver Coins features a design of the HMS Bounty as it appeared after its initial construction. The HMS Bounty was a three-masted, full-rigged sailing vessel that was relatively small for its era, displacing 215 tons in the water.

The HMS Bounty’s crew, led by Lieutenant Fletcher Christian, mutinied against the captain in an effort to avoid continuing the mission and eventually returning to Britain. Many of the men, after spending months in Tahiti collecting breadfruit plants, had put down roots in the area and wanted to remain. These men eventually absconded with the Bounty to Pitcairn Island where the HMS Bounty was scuttled in an effort to hide it from detection by the Royal Navy.