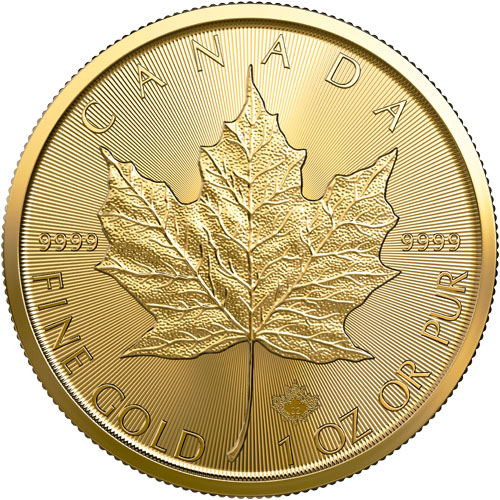 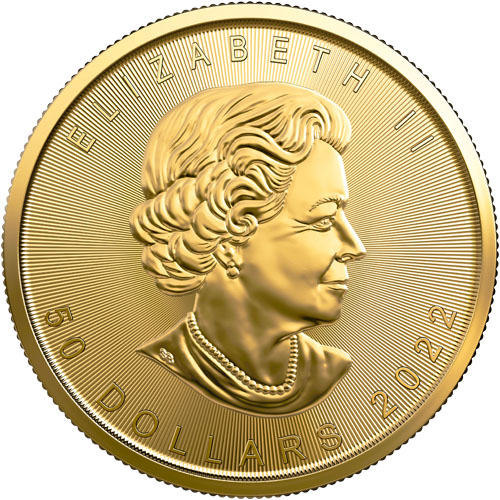 The 1 oz gold coin in the Canadian Maple Leaf Series is not just the oldest coin in the collection, but it is also the second-oldest coin in the precious metals marketplace. The first modern bullion coin released was the South African Krugerrand that debuted in 1967. In 1979, the Royal Canadian Mint introduced the 1 oz Gold Maple Leaf and it continues to be one of the world’s hottest gold bullion items. Now, 2022 1 oz Canadian Gold Maple Leaf Coins are available to you for purchase online from JM Bullion.

Obverse visuals on 2022 1 oz Gold Maple Leaf Coins include an effigy of Queen Elizabeth II. Her Majesty is shown here in right-profile relief without a crown. This design was created for the mint in 2003 by Susanna Blunt and is the first monarch portrait during Elizabeth II’s reign to lack a crown.

Reverse designs on the 2022 Canadian Gold Maple Leaf feature the sugar maple leaf. The national symbol of Canada, the sugar maple leaf features on the national flag and countless governmental seals today. This design was created in 1979 by Walter Ott for the debut of this series. The obverse and reverse background fields include radial lines, while the reverse field includes a micro-laser engraved privy mark. This textured, maple leaf privy has the digits 22 in the center and these are only visible under magnification.

These 2022 1 oz Canadian Gold Maple Leaf Coins are offered in Brilliant Uncirculated condition. The coins in this weight ship individually in protective flips, by multiples of 10 in plastic tubes, or in Monster Boxes of 500 coins that hold a total of 50 tubes.

JM Bullion customer service is available to assist you at 800-276-6508. We are also available online using our live chat and email address features.