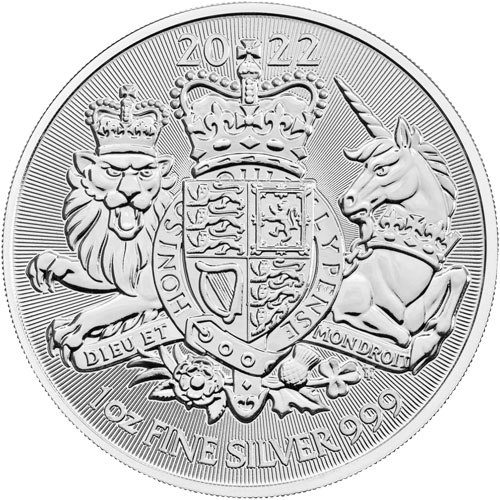 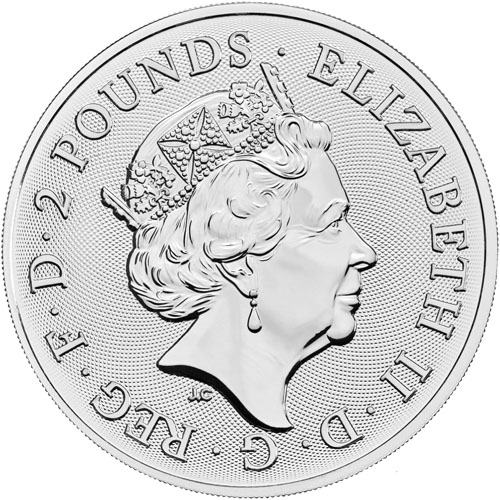 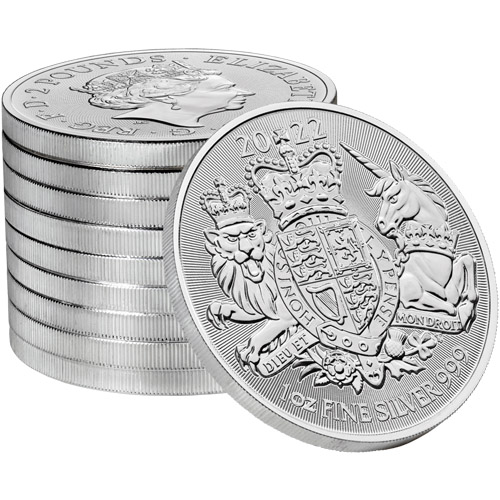 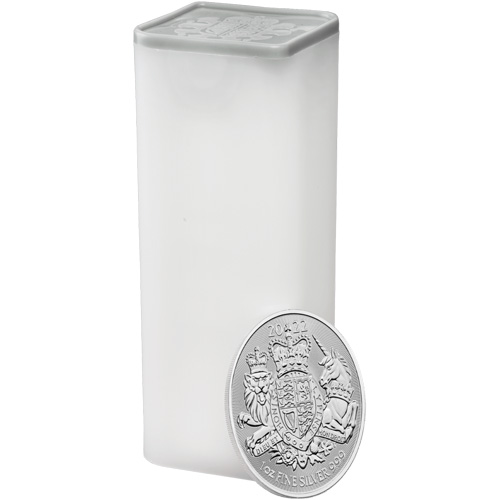 One of the more popular collections of silver coins for sale from the Royal Mint is back once again in 2022. The British Royal Arms Series offers the same designs each year and celebrates the symbolism of the monarchy that has controlled the throne for centuries. Now, 2022 1 oz British Silver Royal Arms Coins are available to you for purchase online at JM Bullion.

The history of the Royal Arms dates back to the reign of King Richard I. Known to history as Richard the Lionheart, King Richard I was a beloved, yet absent, King of England. He spent most of his reign either defending his territories in France or in the Middle East fighting during the Third Crusades.

Though he didn’t spend much of his reign in England, he did leave the realm with a lasting symbol: the Royal Arms. The very first Royal Arms of England was adapted from Richard I’s personal seal and included a shield with three lions in passant guardant pose. Today, this remains the coat of arms of England, but also features in the broader Royal Arms of England representing the entirety of the United Kingdom.

Queen Elizabeth II features on the obverse side of 2022 British Silver Royal Arms Coins. This effigy of the Queen was created in July 2015 by Jody Clark and serves as the fifth-generation portrait of Her Majesty on British coins. The background field has a guilloche design pattern.

The modern Royal Arms of England, as designed by Timothy Noad, features in the reverse field of 2022 1 oz Silver Royal Arms Coins. This design represents the entirety of the United Kingdom. The quartered shield has the Three Lions seal of England in the first and fourth quadrants, with the Lion of Scotland and Harp of Ireland in the second and third quadrants, respectively. The shield is topped by the Imperial Crown and supported on its sides by the Unicorn of Scotland and the Lion of England.

These 2022 1 oz British Silver Royal Arms Coins are available to you for purchase in Brilliant Uncirculated condition. These coins are packaged individually in plastic flips, by multiples of 25 coins in tubes, and by multiples of 500 coins in boxes. The Monster Box holds 20 separate 25-coin tubes.