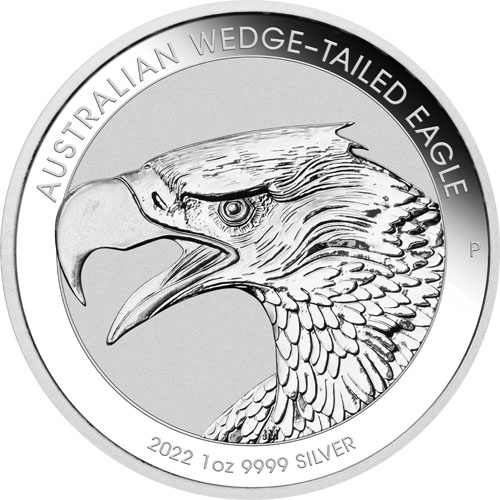 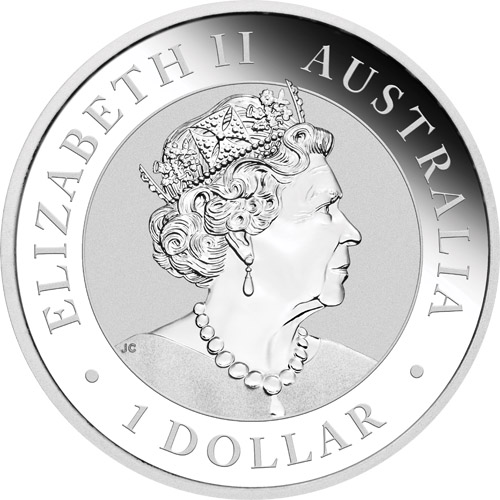 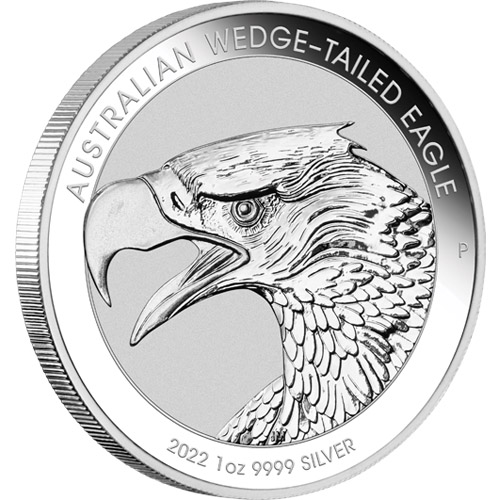 As low as $13.49 per oz over spot!
Add to WishlistLog In to add this product to your Wishlist
Free Shipping on $199+ Orders

Introduced in 2014, the Australian Wedge Tail Eagle Series offers a collaboration between Australia’s Perth Mint and the former Chief Engraver of the United States Mint, John Mercanti. Mr. Mercanti enjoyed a long, storied career at the United States Mint. Among his seminal designs were the heraldic eagle on the American Silver Eagle reverse and the Statue of Liberty design on the obverse of American Platinum Eagles.

Queen Elizabeth II features on the obverse side of 2022 Australian Wedge Tail Eagle Silver Coins. This effigy of the Queen was created for the Royal Mint in 2015 by Jody Clark and features Her Majesty’s portrait in right-profile relief wearing the George IV State Diadem Crown.

In the reverse design of the new 2022 1 oz Wedge Tail Eagle Silver Coin, the Perth Mint features a close-up view of the head of the wedge tail eagle. In this design, the massive skull of the predator is featured with its large, powerful beak open and its steely gaze fixed on something in the distance.

These 2022 1 oz Australian Wedge Tail Eagle Silver Coins are available in Brilliant Uncirculated condition. The coins are packaged individually in flips, by multiples of 20 in protective tubes, and by multiples of 100 in boxes. The typical box holds 5 tubes of 20 coins each.