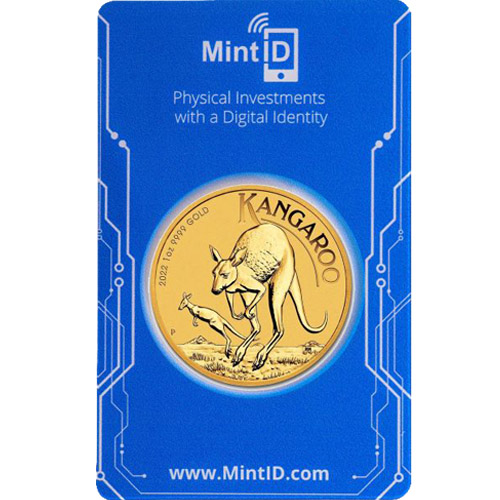 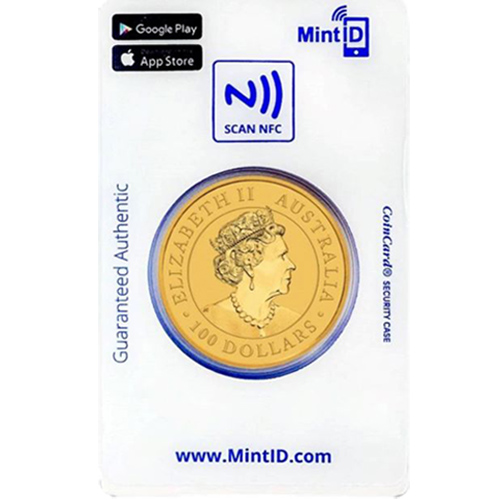 As low as $99.99 per coin over spot!
Add to WishlistLog In to add this product to your Wishlist
Free Shipping on $199+ Orders

The Australian Gold Nugget Series was the first gold bullion series from Perth Mint. Introduced in 1986 as a 1987-dated coin, the coins featured different images of gold nuggets on each weight in the series. Though the 1 oz coin featured the same gold nugget each year from 1987 to 1989, the other weights had their own designs.

Since 1990, the Perth Mint has issued the coins as the Australian Kangaroo Series. Each year, the coins all share a single design, but this design changes each year. The only coin that has the same design each year is the 1 Kilo version of the Gold Kangaroo.

The obverse of 2022 1 oz Australian Gold Kangaroo Coins comes with an effigy of Queen Elizabeth II. This right-profile relief is the sixth-generation design for Australian coins and was designed in 2015 by Jody Clark for the Royal Mint. It shows the Queen at the age of 89 with the George IV State Diadem.

On the reverse field of the 2022 Australian Gold Kangaroo Coin is a depiction of kangaroos. The largest marsupials in the world, kangaroos are known for their powerful legs and muscular tails that help them bound along with a hopping movement.

These 2022 1 oz Australian Gold Kangaroo Coins are available in MintID CertiCards. The CertiCard seals an individual coin at the center with an AES-128 encrypted NFC chip in the card. This chip can be scanned with your smartphone using the MintID app. The app is free to use and does not require any sensitive personal information.

After you enable NFC on your smartphone, you can launch the MintID app and follow the prompts to authenticate your coin. Simply tap your phone on the NFC Scan symbol on the back and you’ll be connected to the cloud-based profile for the coin.