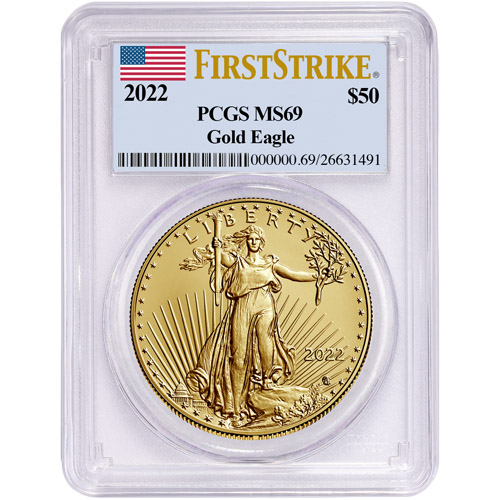 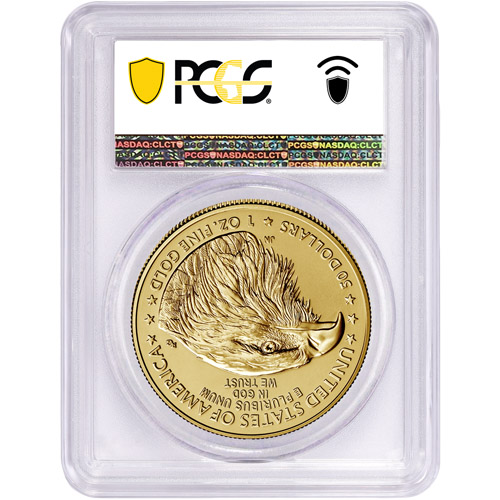 The American Gold Eagle is one of the best-selling coins at the United States Mint. While the Silver Eagle beats it out in terms of sales volume, the Gold Eagle is just as popular among gold bullion investors as its counterpart is among silver investors. When it comes to buying gold coins in this series, certified specimens always garner interest. Now, 2022 1 oz American Gold Eagle Coins in near-perfect condition are available to you for purchase online at JM bullion.

Starting in 2021, the United States Mint moved its coveted Gold Eagle Series in a brand-new direction with the debut of a new design. In October 2019, the US Mint announced its intention to overhaul the reverse design of both the Silver Eagle and Gold Eagle coins for the 2021 date mark in honor of the 35th anniversary of the series.

As a result of delays due to the COVID-19 pandemic, the mint was not ready at the start of 2021 production to release the new designs. Instead, investors and collectors were treated to a split release that saw 35th-anniversary coins released during the first half of the year with the final bald eagle design from Miley Busiek, and in the second half of the year the first-ever new design element in the series. The new reverse was created by Jennie Norris.

Liberty still features on the obverse of 2022 1 oz American Gold Eagle Coins. This visual was created by Augustus Saint-Gaudens in 1907 for the $20 Gold Double Eagle, though he did not live long enough to see his creation struck and released into circulation. This beautiful design is widely considered the greatest American coin design of the 20th century.

An all-new image of the American bald eagle is found on the reverse of 2022 American Gold Eagles. Jennie Norris vision of the bald eagle shows the head of the bird in left-profile relief with incredible layers of detail in its appearance.

These 2022 1 oz American Gold Eagles are available to purchase in near-perfect condition. Coins with a Mint State 69 grade showcase full, original mint luster and have no more than two minor detracting flaws. These flaws are limited in nature to minuscule contact marks or hairlines and limited in scope to only those areas outside the primary focal points. First Strike coins are those received for grading within 30 days of release from the US Mint.