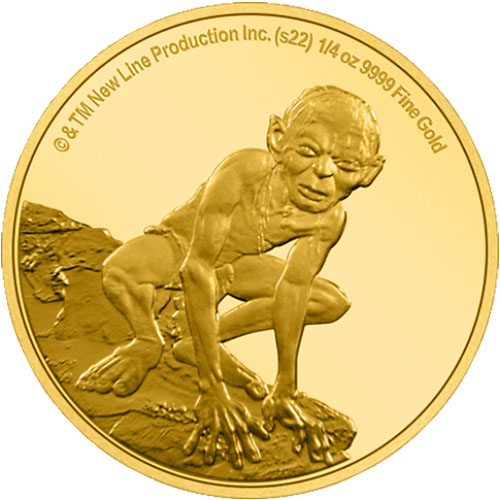 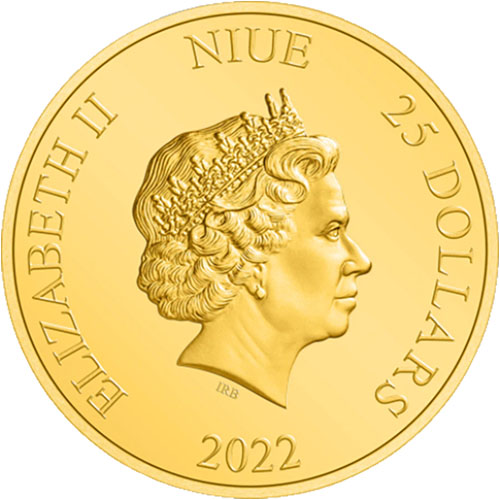 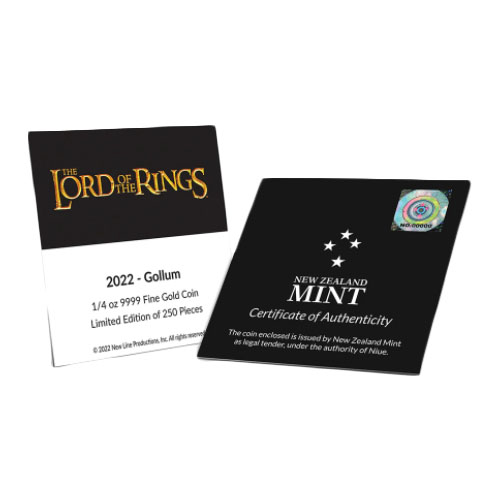 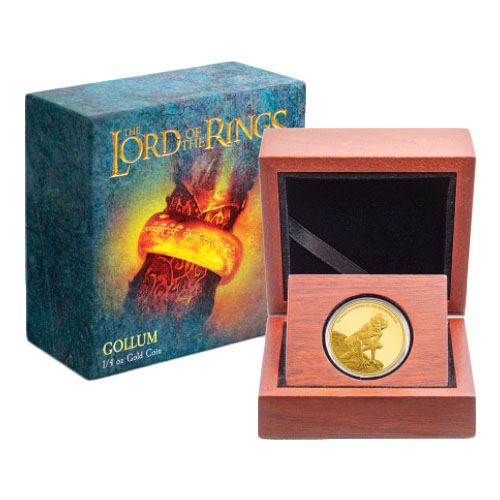 The conniving and comical Gollum captured the imaginations of children when he first appeared in the pages of J.R.R. Tolkien’s The Hobbit. He became a more tragic figure in the later trilogy The Lord of the Rings, and acquired a layer of internal conflict when he made his transition to film in the landmark productions of Peter Jackson. Brought new life by his latest incarnation, Gollum now features on the 2022 1/4 oz Proof Niue Gold The Lord of the Rings Gollum Coin, on offer from JM Bullion.

There are few characters in any kind of literature quite like Gollum. Driven by his obsession with a magic ring later known to be the One Ring of Power — a cursed artifact of the Dark Lord Sauron — Gollum is by turns pitiable and conniving, deceitful and cruel, even murderous. On the big screen, these sides of his character emerged as conflicting personalities, one timid and the other ruthless, both of them played beautifully by actor Andy Serkis.

The 2022 1/4 oz Proof Niue Gold The Lord of the Rings Gollum Coin shows its subject in a snarling, ruthless mood, captured in fine gold with a brilliant proof finish. It arrives in a luxury, themed coin case with a magnetized insert for display, accompanied by a Certificate of Authenticity that specifies its unique number in the mintage. There are just 250 coins available worldwide, so collectors and fans will want to order early to beat the rush.

On the coin’s reverse is a picture of Gollum, crouched and snarling on a rock outcropping, with a brilliant mirrored proof finish. He’s joined by the trademark and copyright of New Line Productions and verification of the coin’s gold content.

On the coin’s obverse is a legal tender effigy of Queen Elizabeth II. It also bears the inscriptions “Elizabeth II,” “Niue,” “25 Dollars” and “2022.”

The team at JM Bullion is happy to answer your questions when buying gold. Contact us by phone at 800-276-6508 or via our online live chat, or send any inquiries to our e-mail address.