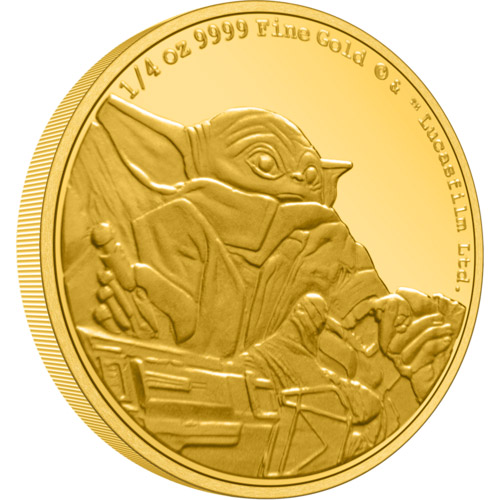 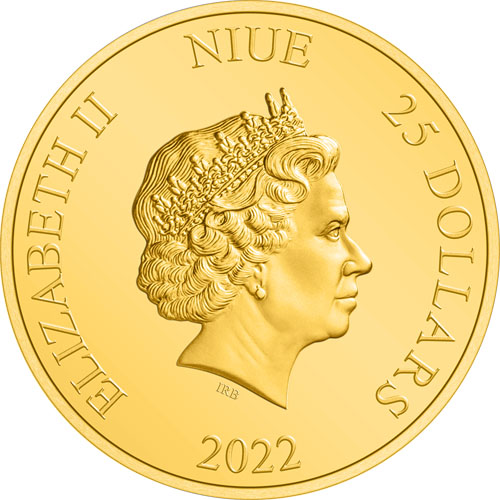 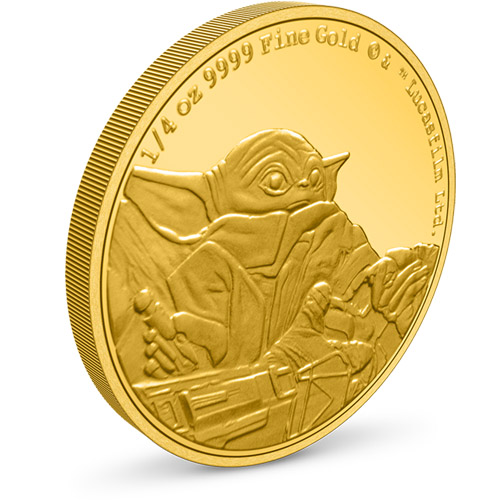 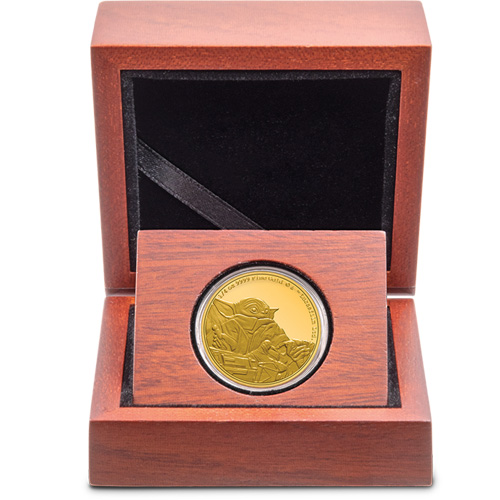 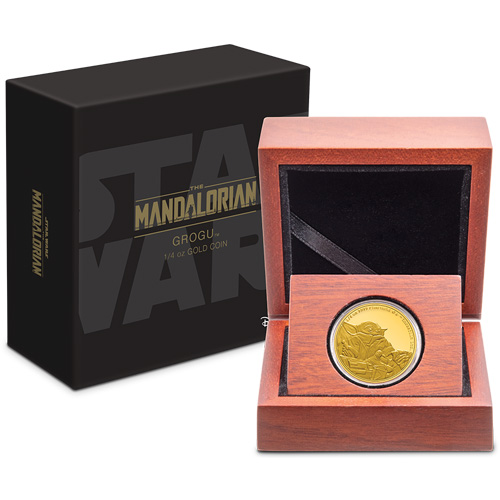 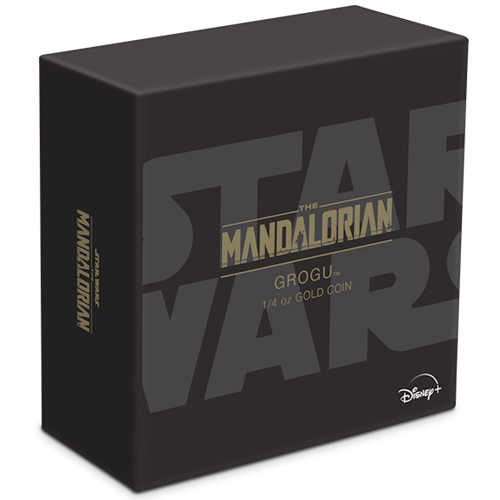 The Mandalorian Classic Series at the New Zealand Mint celebrates the primary Star Wars storyline ongoing in pop culture at the moment. The Mandalorian is the first live-action series in the Star Wars franchise and is awaiting a third season on Disney Plus in 2022. The most adorable character from the series has, so far, proven to be Grogu. Now, 2022 1/4 oz Niue Gold Mandalorian Grogu Coins are available to you for purchase online from JM Bullion.

Just weeks before the final feature film in the Star Wars sequel trilogy was released in 2019, The Mandalorian debuted on Disney Plus. The eight-episode first season introduced viewers to a lone Mandalorian bounty hunter named Din Djarin. He has been hired by the remnants of the Imperial Forces following the fall of the Galactic Empire to seek out The Asset, a young toddler from the same alien species as Yoda.

At the New Zealand Mint, the Mandalorian Classic Series offers coins celebrating the characters of the Disney Plus live-action series. Grogu has proven the most popular so far in the series and features on various coins in the release. NZ Mint offers a singular design of Grogu across 1 oz silver, 1 oz gold, and 1 oz proof silver coins that are available alongside alongside these 1/4 oz gold coins for sale.

Queen Elizabeth II is found on the obverse side of 2022 1/4 Niue Gold Mandalorian Grogu Coins. This 1998 design comes from Ian Rank-Broadley and was created for the Royal Mint of England. In this portrait, the Queen is shown in right-profile relief with the Girls of Great Britain and Ireland Tiara on her head.

Grogu is shown in the reverse design of the 2022 Niue Gold Mandalorian Grogu Coins. His figure features here in the arms of his protector, the Mandalorian bounty hunter known as Djin Djarin.

These 2022 1/4 oz Niue Gold Mandalorian Grogu Coins are available to purchase in protective capsules with a red presentation box for display. The coin and box arrive in a Star Wars-themed shipper with a Certificate of Authenticity included. The COA offers an individual serial number for each coin in the series.