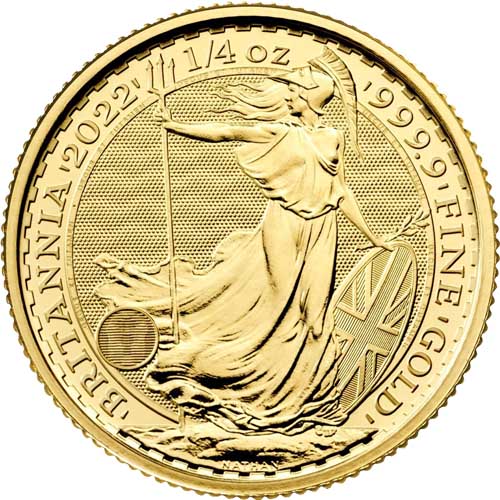 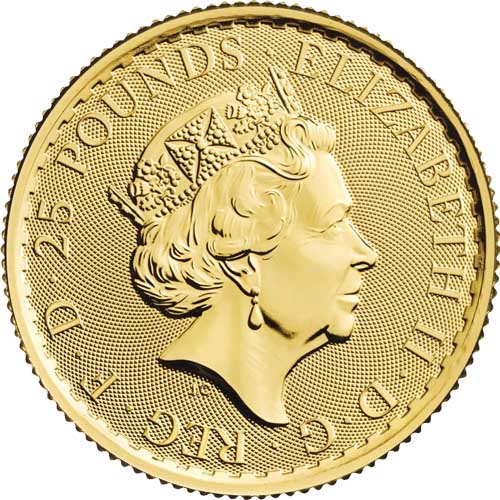 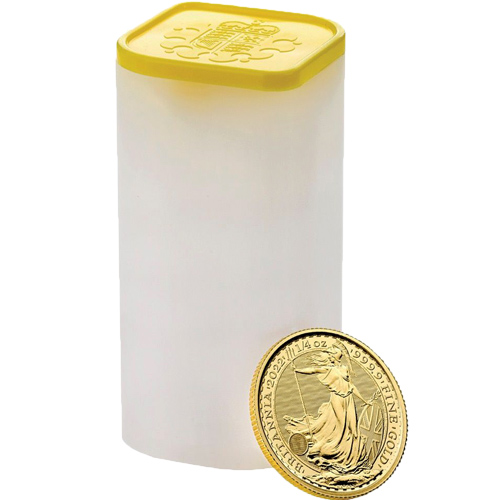 Since the 1987 introduction of the British Gold Britannia, the Royal Mint has offered the coins in at least four weights each year. In addition to the popular 1 oz gold coin in the series, the Royal Mint has annually issued coins with 1/2 oz, 1/4 oz, and 1/10 oz gold weights. To this day, fractional-ounce coins remain a popular option in the series. Today, 2022 1/4 oz British Gold Britannia Coins are available to you online at JM Bullion.

In 1987, the Royal Mint opened up an art competition to find a new image of Britannia to feature on British coinage. This time, rather than using that image on a circulation coin, the Royal Mint intended to introduce a bullion coin collection to represent the nation on the international stage as an annual-issue coin. Philip Nathan’s stirring rendition of Britannia emerged as the winner and has featured on all versions and weights of the British Britannia since.

All of these 2022 1/4 oz British Gold Britannia Coins are available to you with plastic flips for individual specimens. Multiples are available to you in acrylic tubes of 25 coins. All coins in this listing are in Brilliant Uncirculated condition. As of 2021, these coins come with four enhanced security measures. This includes textured backgrounds on the reverse that create the illusion of motion, a latent security element, micro-text inscriptions, and tincture lines on Britannia’s shield.

On the obverse of 2022 British Gold Britannia Coins, you will find an effigy of Queen Elizabeth II. This portrait of the Queen is the fifth used on British coins during her reign and was created in 2015 by Jody Clark, the youngest Royal Mint artist to create a monarch portrait in the mint’s history. This design shows the Queen aged 89 with the George IV State Diadem Crown on her head.

The reverse side of the 2022 1/4 Gold Britannia Coin features Philip Nathan’s rendition of Britannia. The female personification of Britain, Britannia first appeared on coinage more than 1,900 years ago when the Romans issued a coin in the late 1st century AD with a depiction of Britannia.

Please contact JM Bullion if you have any questions about gold for sale. You can call us at 800-276-6508, chat with us live online, or email us directly.