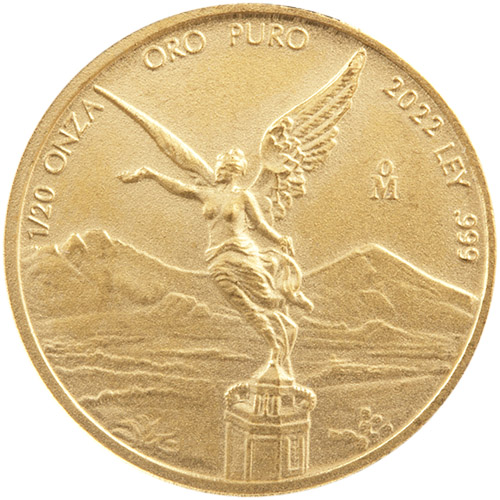 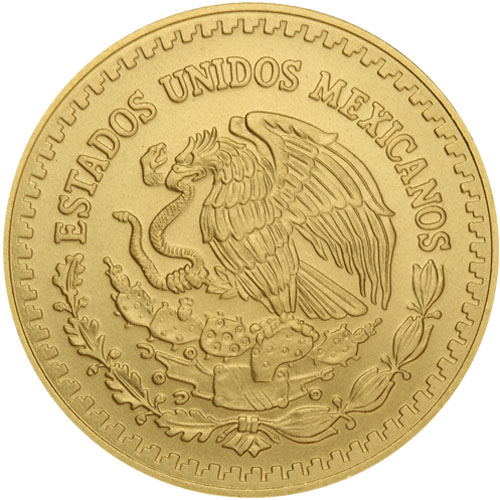 Mexican Gold Libertad Coins were released by the Mexican Mint for the first time in 1981. The coins were originally offered in 1 oz, 1/2 oz, and 1/4 oz gold, but only struck that one time. From 1982 to 1990, there were no coins issued in the series. When the collection resumed in 1991, two more coins were introduced in the collection.

The 1991 resumption brought the 1/10 oz and 1/20 oz gold coins into the series. The coins were struck consecutively through 1994, with no coins issued from 1995 to 1999. All five coins were issued again in 2000, but halted once more in 2001. In 2002, the series resumed and has remained in production on an annual basis since that time. The only exception to this was 2012 when the Mexican Mint did not issue the fractional-ounce gold coins in the series.

In the obverse design of the 2022 Mexican Gold Libertad Coin, the mint offers a depiction of the national coat of arms of Mexico. The national seal features a Mexican golden eagle in left-profile relief with its wings raised. The eagle is using its talons and beak to control a serpent from its perch on a prickly pear cactus.

For the reverse design element of 2022 1/20 oz Gold Libertads, the mint features the statue of Winged Victory. This design was created for the series in 2000, offering a modernized view of Winged Victory compared to the original Mexican Gold Libertads. This three-quarter-profile relief shows Victory with a laurel wreath crown in one hand and a set of broken chains in the other hand.

These 2022 1/20 oz Mexican Gold Libertad Coins are available to you in Brilliant Uncirculated condition. The coins offered here ship in plastic flips and come with one of the highest mintages in the series each year.

JM Bullion customer service is available to assist you at 800-276-6508. Our team is also available online using our live chat and email address features.