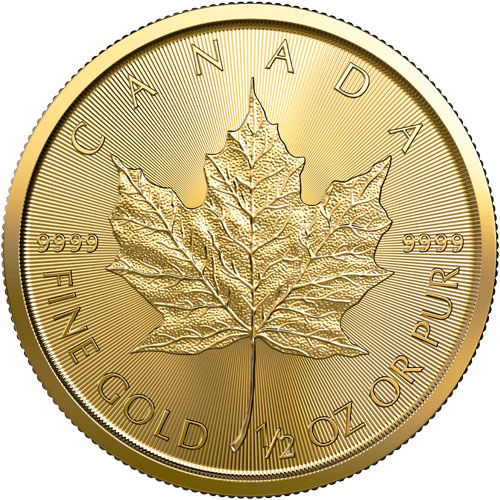 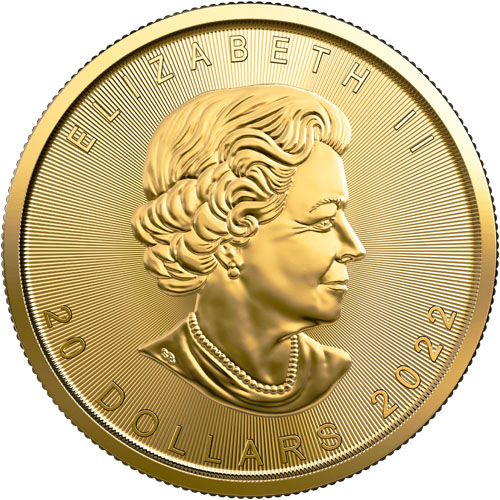 The Canadian Gold Maple Leaf is not only one of the most popular gold coins for sale in the world today, but it is also one of the most diverse. Introduced in 1979 with a 1 oz gold option, the coins began to expand in 1982 with the introduction of fractional-ounce gold coins. Now, 2022 1/2 oz Canadian Gold Maple Leaf Coins are available to you for purchase online from JM Bullion.

The Royal Canadian Mint introduced its Canadian Maple Leaf bullion coins in 1979. The series first featured a 1 oz gold coin in 1979 and that remained the only coin available in the collection through late 1982. Subsequent years saw both the introduction of fractional-ounce coins and other metallic versions of the Canadian Maple Leaf.

Queen Elizabeth II is on the obverse side of 2022 1/2 oz Gold Maple Leaf Coins. This effigy of the Queen was created by Susanna Blunt in 2003. The fourth-generation portrait of the Queen to grace Canadian coins, it is the first portrait during Elizabeth II’s reign as Queen of England to lack a crown within the design.

These 2022 1/2 oz Canadian Gold Maple Leaf Coins are available to you individually or in bulk. Individual coins come in plastic flips, with multiples of 10 offered in sheets. All coins are in Brilliant Uncirculated condition.

JM Bullion customer service is available to you at 800-276-6508. You can also connect with us online through our live chat and email address features.