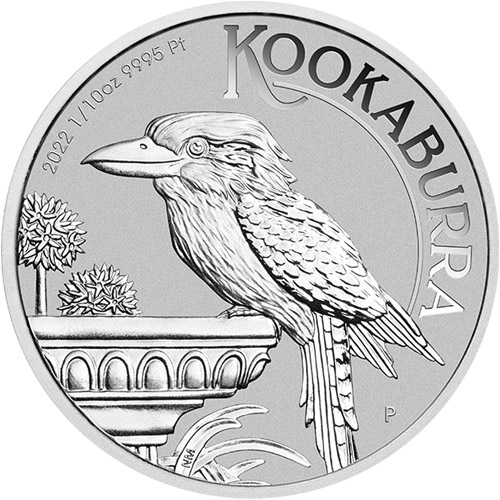 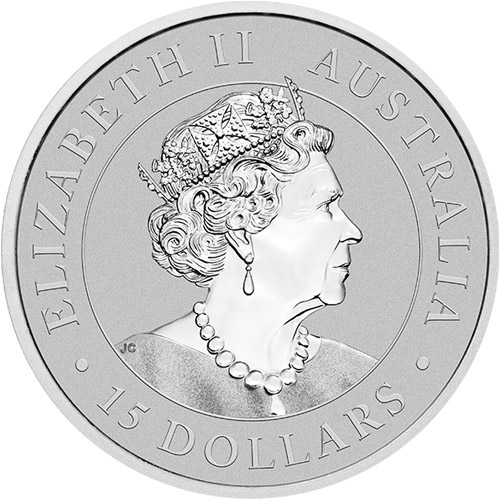 As low as $44.99 per coin over spot!
Add to WishlistLog In to add this product to your Wishlist
Free Shipping on $199+ Orders

The Australian Kookaburra Series is one of Perth Mint’s best-selling coin programs. Introduced in 1990 with silver bullion coins, the collection has since grown to feature gold bullion and platinum bullion options. The latter two are offered in 1/10 oz weights only, with the platinum coin recently making its debut in 2021. Now, 2022 1/10 oz Australian Platinum Kookaburra Coins are available to you for purchase online from JM Bullion.

Australian Kookaburra coins are the leading bullion collection at Perth Mint. The series started a trend, particularly among silver bullion coins from Perth, that sees new designs used on the reverse of the coins each year. In the Kookaburra Series alone, the coins have never repeated a reverse design element.

Following the introduction of the Kookaburra in 1990, other programs were introduced that continued this focus on both native species in coin designs and new visuals each year. Subsequent programs to debut include the Silver Koala, Silver Wedge Tail Eagle, and Silver Emu, just to name a few.

The obverse of 2022 1/10 oz Australian Platinum Kookaburra Coins features a portrait of Queen Elizabeth II. Her Majesty is featured here in right-profile relief in the sixth-generation effigy to grace Australian coins during her reign. Created in 2015 by Jody Clark, this portrait shows the Queen aged 89 years with the George IV State Diadem Crown on her head.

On the reverse side of 2022 Australian Platinum Kookaburra Coins is an image of the kookaburra. The largest member of the kingfisher species, the kookaburra shown here is perched on the edge of a decorative birdbath. The background features native Agapanthus, a flowering plant commonly found in gardens across Australia.

These 2022 1/10 oz Australian Platinum Kookaburra Coins come in Brilliant Uncirculated condition. The coins are packaged individually with protective capsules for delivery. Once again this year, Perth Mint has limited the mintage of this platinum coin to just 15,000 in total and last year’s debut release quickly sold out at the mint.

JM Bullion customer service is available to assist you at 800-276-6508. Alternatively, you can chat with us live online or simply send us an email with your inquiries.