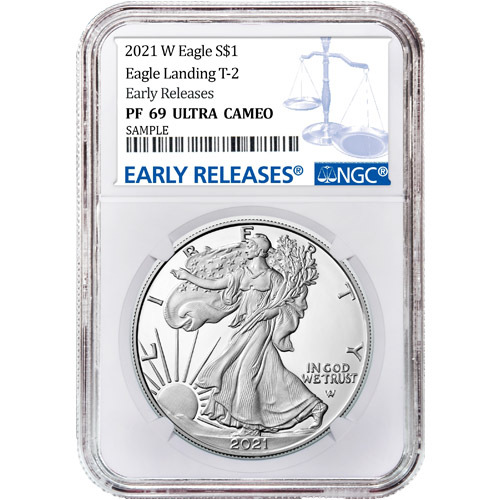 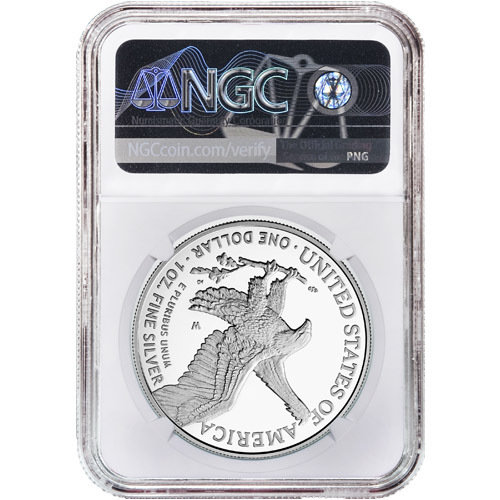 The release of Type 2 Silver Eagles from the United States Mint marks a milestone in the history of the series. The 2021 date mark was already a highlight on the calendar of numismatists as the 35th anniversary of the collection. It was further heightened in terms of anticipation as a result of two other major announcements for the series. Now, near-perfect 2021 1 oz Proof American Silver Eagle Coins are available to you for purchase online from JM Bullion.

The United States Mint announced in October 2019 that it planned to refresh the reverse field of its American Silver and American Gold Eagle Coins for the 2021 date mark. The plan was to release the new design elements with the debut of the 35th-anniversary coins. However, the COVID-19 pandemic changed all of its plans.

As a result of unprecedented demands and altered work schedules to protect worker health and safety, the US Mint had to delay the release of its new reverse design element on the 2021 coins. A new image wasnt even chosen until late in 2020. As such, the US Mint ended up releasing two versions of the 2021 Proof Eagle. The so-called Type 1 and Type 2 coins initially offered the original design combinations before switching to the new reverse.

Obverse visuals on 2021 1 oz Proof American Silver Eagle Coins include the Walking Liberty design. Created in 1916 by Adolph A. Weinman, this image originally featured on the US half dollar until 1947. The Type 2 release comes with the inclusion of Weinmans original AW signature mark within the obverse field.

Reverse imagery on the 2021 Proof American Silver Eagle features the new look of the American bald eagle. The design was developed by Emily Damstra and features the bald eagle in flight with a large oak branch in its talons. The coins now have a reeded edge variation element that offers anti-counterfeiting defense.

These 2021 1 oz Proof American Silver Eagle Coins earned a PF69 certification from the NGC. Coins in this condition showcase full, original mint luster and come with a maximum of two minor detracting flaws. These flaws are limited in nature to minuscule contact marks or hairlines and must be found outside of the primary focal points of the coin. Included with these coins are UCAM and Early Release designations. Ultra-cameo coins have strong, frosted designs with deeply-mirrored, clear fields, while Early Release coins are those received for grading within 30 days of original release.