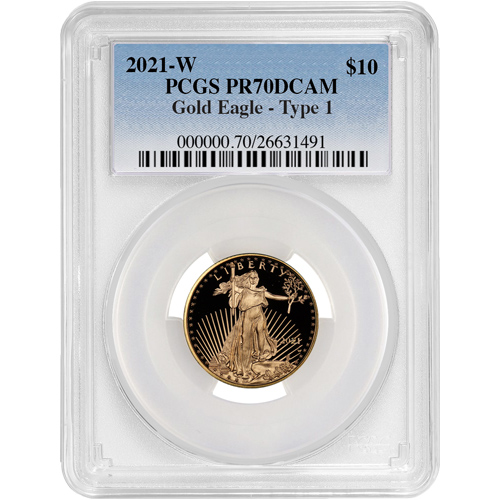 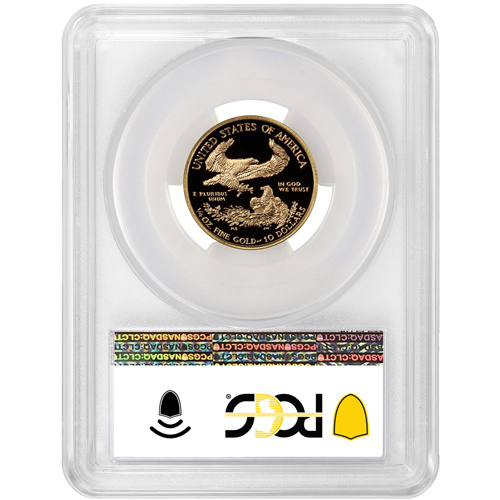 Lady Liberty is featured on the obverse side of 2021-W 1/4 oz Proof American Gold Eagle Coins. The depiction of Liberty shown here was created in 1907 by Augustus Saint-Gaudens. In this design, Liberty walks toward the viewer in front-facing relief with a torch in one hand and an olive branch in the other.

American bald eagles are found in the reverse design of the 2021-W Proof Gold Eagle Coin. This depiction of the bald eagle as a family unit was created by Miley Busiek in 1986 and is making its final appearance on the coins. The design features a bald eagle soaring over the nest with another in the nest guarding a hatchling.

These 2021-W 1/4 oz Proof American Gold Eagles are available in perfect condition. Coins in this listing have PR70 grades, indicating that each one showcases full, original mint luster with no detractions. Deep-cameo coins have strong, frosted strikes and deeply-mirrored, clear fields.

JM Bullion customer service is available to assist you with inquiries at 800-276-6508. Alternatively, you can chat with us live online or via our email address.