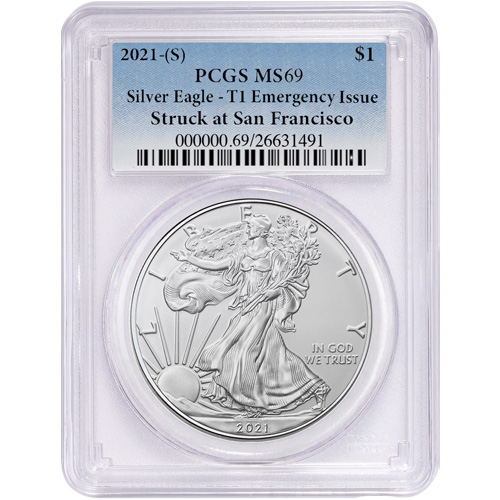 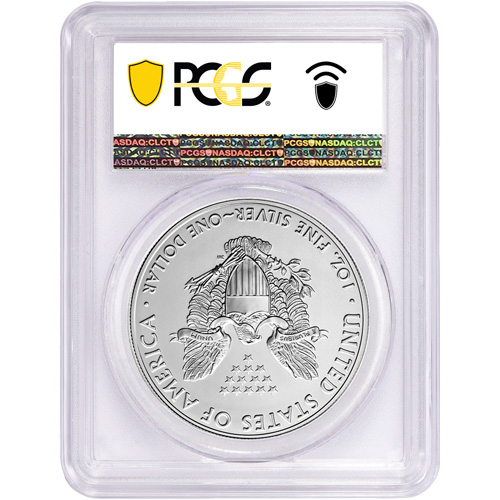 The United States Mint issues its BU American Silver Eagles on annual basis from the West Point Mint branch facility. When required, the San Francisco Mint provides supplemental coining capacity to ensure that the US Mint can meet investor demand for the coin as stipulated in the Liberty Coin Act. Now, 2021 (S) 1 oz American Silver Eagle Coins in near-perfect condition are available to you for purchase online from JM Bullion.

In 2011, the US Mint responded to the surging demand for the American Silver Eagle by resuming coining at the San Francisco Mint. The San Francisco branch facility offers only supplemental assistance with much smaller numbers of the coins issued there than the West Point Mint. The coins are not individually distinguishable as San Francisco products. The Monster Boxes the US Mint ships the coins to dealers in features straps and serial numbers identifying San Francisco as the point of origin.

Since 2001, the West Point Mint has held the primary responsibility for coining BU American Silver Eagles. However, supplemental coining at the San Francisco Mint is not the only time the branch has issued the coins. From the 1986 debut of the series until 1998, it was the San Francisco Mints duty to issue the coins. The only other mint to do so was the Philadelphia Mint in 1999 and 2000, as well as a two-week emergency coining period in 2020.

On the obverse side of 2021 (S) 1 oz American Silver Eagle Coins is Walking Liberty. Designed in 1916, this vision of Liberty captures her figure in left-profile relief as she walks toward the sun draped in the American flag and carrying branches of oak and laurel.

The reverse face of 2021 (S) American Silver Eagles includes the heraldic eagle of the United States, the final time this design will appear in the series. The heraldic eagle was modified for this series in 1986 by John Mercanti and depicts the bald eagle in support of the US national shield.

These 2021 (S) 1 oz American Silver Eagles have a Mint State 69 certification. This designation is reserved for coins that showcase full, original mint luster and have a maximum of two minor detracting flaws. Minuscule contact marks or hairlines are the only acceptable flaws at this grade and those flaws must be located outside the primary focal points.

JM Bullion customer service is available to assist you at 800-276-6508 if you have any questions. Alternatively, you can connect with us live online through our live chat and email address.