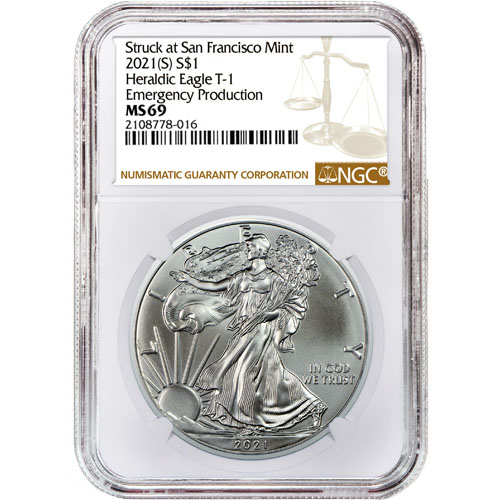 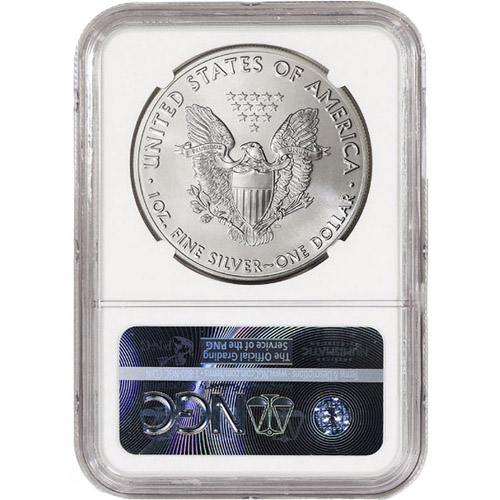 As of 2001, the United States Mint produces the BU American Silver Eagle Coins at its West Point Mint facility. Only three of the four branch facilities, the Denver Mint being the only exception, have struck the BU Silver Eagle. As of 2011, production takes place at two mints concurrently when demand for the coins outpaces the capacity of the West Point Mint. In this case, the San Francisco Mint steps in to provide supplemental coining. Today, near-perfect 2021 (S) 1 oz American Silver Eagle Coins are available to you online from JM Bullion.

The very first BU American Silver Eagles ever struck by the US Mint were produced starting in November 1986 at the San Francisco Mint. That branch facility was responsible for coining the Silver Eagle for over a decade following its introduction from 1986 to 1998. In 1999 and 2000, the Philadelphia Mint issued the coins. Now, it is the West Point Mint’s primary role, with supplemental assistance during periods of high demand provided by the San Francisco Mint. Though these coins are known to originate at the San Francisco Mint based on serial numbers on the Monster Boxes used for shipping, none of the items have an “S” mint mark.

All of the 2021 (S) 1 oz American Silver Eagle Coins available to you today have a Mint State 69 certification. The NGC issues this grade to coins it considers to be near-perfect specimens. To qualify, coins must have a full, original mint luster and no more than two minor detracting flaws. Those flaws must be located outside the primary focal points of the coin and are limited in nature to minuscule contact marks or hairlines only.

On the obverse of 2021 (S) American Silver Eagles is the image of Walking Liberty. Created by Adolph A. Weinman in 1916, it has been suggested that Weinman’s inspiration for Liberty’s figure in this design came from the French sower coin that depicted a woman in left-profile relief walking along spreading seeds in a field with her right hand. In this design, Weinman’s Walking Liberty walks from right to left across the design field with her right hand reaching for the sun and her left carrying branches of oak and laurel.

Please feel free to reach out to JM Bullion with any questions. You can call us at 800-276-6508, chat with us live online, or simply send us an email.