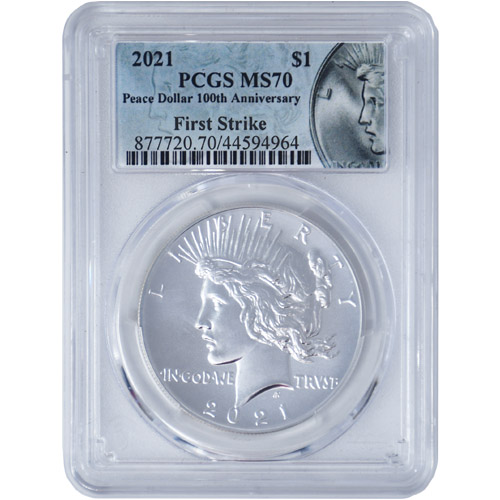 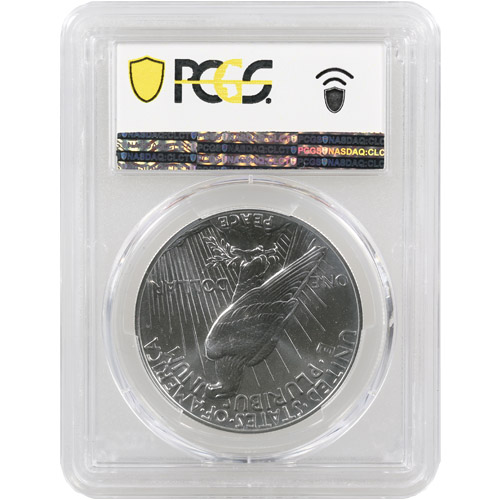 Liberty features on the obverse of 2021 Peace Silver Dollar Coins. This effigy of Liberty is based on the Goddess of Liberty and comes with a towering crown on her head. This field of the coin includes inscriptions of the female personification’s name, the date mark, and the national motto.

An American bald eagle is found in the reverse design of the 2021 Peace Silver Dollar. The bald eagle is shown here at rest, a reflection of the national mood after World War I as the American public grew weary of any further foreign wars following the devastation of the Great War.

These 2021 Peace Silver Dollar Coins are in plastic slabs with a Mint State 70 certification. Considered perfect coins, these specimens showcase full, original mint luster with no detracting flaws. First Strike coins are those specimens the PCGS receives within 30 days of release from the mint.

JM Bullion customer service is available at 800-276-6508. Our team is also available to you online through our live chat and email address features.