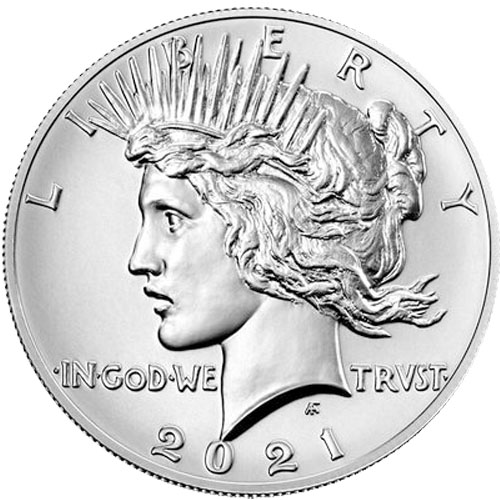 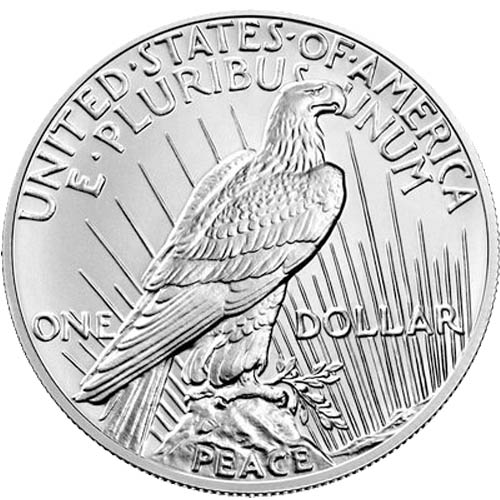 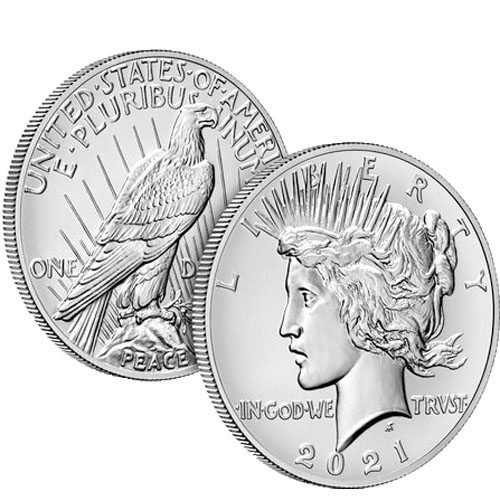 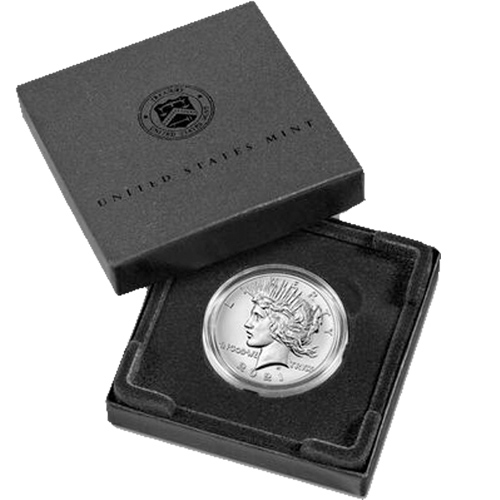 In 1921, the United States Mint issued two versions of its relaunched silver dollar program. When coining started early in the year, the historic Morgan Silver Dollar design was revived. By December, new dies were ready for the planned Peace Silver Dollar and a new coin was born. The US Mint marks the 100th anniversary of the final Morgan Dollar and first-ever Peace Dollar with silver coins for sale commemorating both. Right now, 2021 (P) Peace Silver Dollar Coins are available to purchase online from JM Bullion.

Each 2021 (P) Peace Silver Dollar Coin available in this listing comes with its own protective capsule. The coin and capsule are housed together inside of a black presentation box from the United States Mint and available with a Certificate of Authenticity. Though issued by the Philadelphia Mint, like all Philadelphia specimens, there is no mint mark on the coin.

Peace Silver Dollar coins debuted in December 1921. In fact, the first coins were struck on December 28, 1921. With just four days left in the calendar year, the US Mint managed to strike some 1,006,473 1921-dated Peace Silver Dollars that year. Impressively, all of these were issued by the Philadelphia Mint. From 1922-1928 and in 1934-1935, the San Francisco Mint and Denver Mint would also provide coining for the series.

The obverse of 2021 (P) Peace Silver Dollars features a left-profile image of Lady Liberty. This new design replaced the Morgan Dollar effigy from the 19th century and depicted Liberty with a towering, spiked crown reminiscent of rays of sunshine. The wife of designer Anthony de Francisci, Teresa de Francisci, was the inspiration for his effigy of Liberty.

On the reverse side of the 2021 (P) Peace Silver Dollar Coin is a depiction of a perched eagle. The bald eagle shown here is perched on a rock inscribed with PEACE as it clutches an olive branch in its talons. Rays of sunshine emerge from the lower fields of the coin design. The new reverse was meant to reflect the hard-earned peace of World War I.

If you have questions, please feel free to ask. JM Bullion customer service is available at 800-276-6508, online using our live chat, and via our email address.