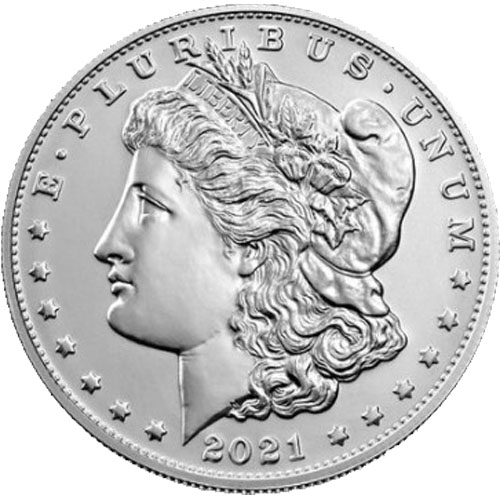 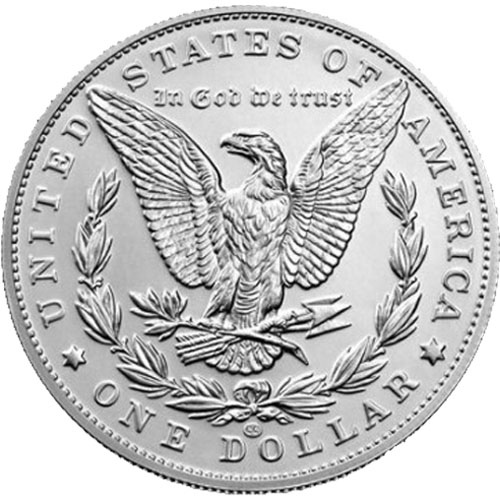 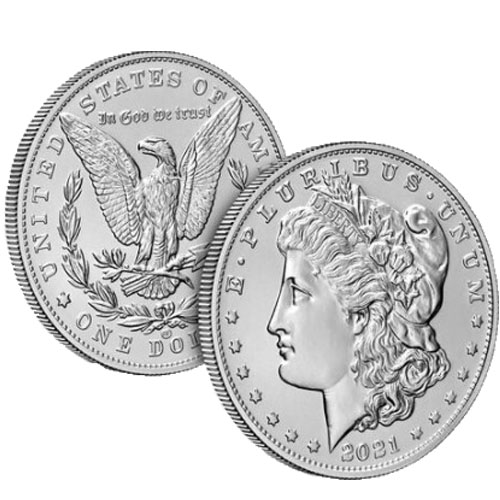 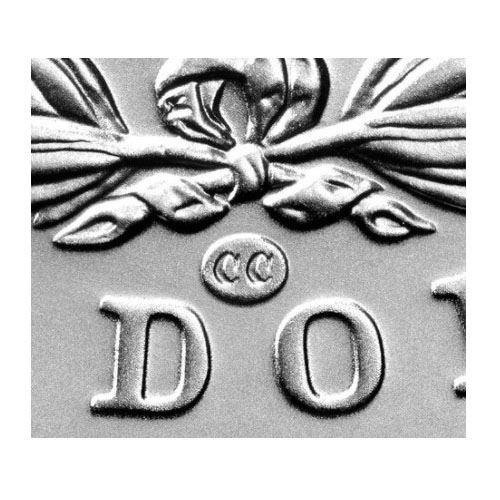 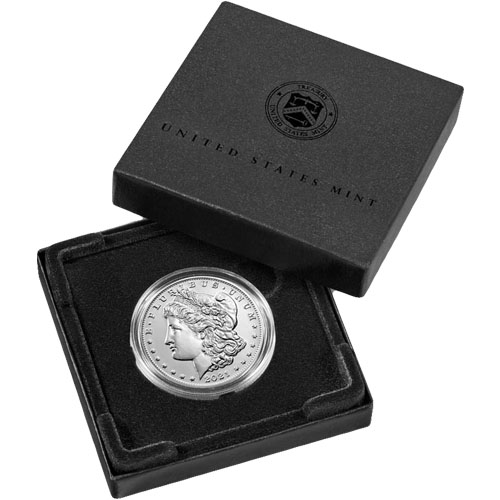 Each 2021 (P) CC Privy Morgan Silver Dollar Coin available in this product listing comes with beautiful packaging from the US Mint. The coins are individually encapsulated and shipped inside of black presentation boxes that include a Certificate of Authenticity. Struck at the Philadelphia Mint, the coins have a historic CC privy mark honoring the Carson City Mint. The US Mint is limiting the issue of the five versions of the 2021 Morgan Silver Dollar to 175,000 in total.

The release of 2021 Morgan Silver Dollar coins from the United States Mint features three coins struck at the Philadelphia Mint, one at the San Francisco Mint, and one at the Denver Mint. The latter two coins come with S and D mint marks, respectively. The Philadelphia issues include a coin without a mint mark, with a CC mint mark for Carson City, and an O mint mark for New Orleans. This represents all of the five historic mints to issue the coins for circulation between 1878 and 1904 and again in 1921.

The obverse of the 2021 (P) CC Privy Morgan Silver Dollars features George T. Morgans effigy of Liberty. This left-profile relief depicts Liberty with a coronet and a wreath crown in her hair and a ring of 13 stars around the portrait.

On the reverse side of 2021 (P) CC Privy Morgan Dollars includes Morgans version of the heraldic eagle. The depiction of the eagle features a bird with the arrows of war and an olive branch of peace in its talons and a wreath around the lower half.

The Carson City Mint was one of the first three mints to issue Morgan Silver Dollars starting in 1878. Carson City Morgans had a CC mint mark on the reverse and were originally struck from 1878 to 1885 and again from 1889 to 1893 when the mint closed.

Blake from CA - January 03, 2022
"I bought 2 of these coins from JMB because I only managed to get 1 directly from the US Mint and I wanted to send in 3 full sets to PCGS. Both of the CCs I got from JM Bullion came back MS70! I can't say this will always happen for everyone but as far as my personal review of the products I got I give 5 stars!"