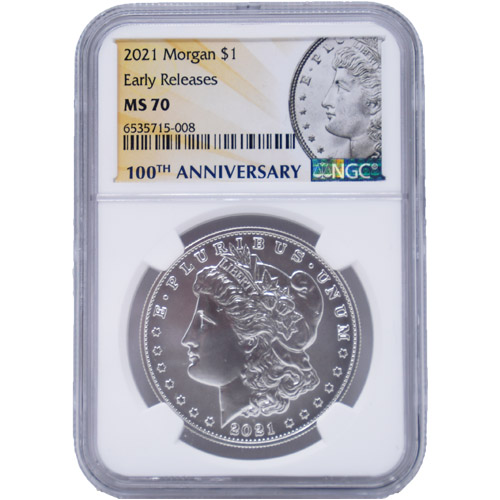 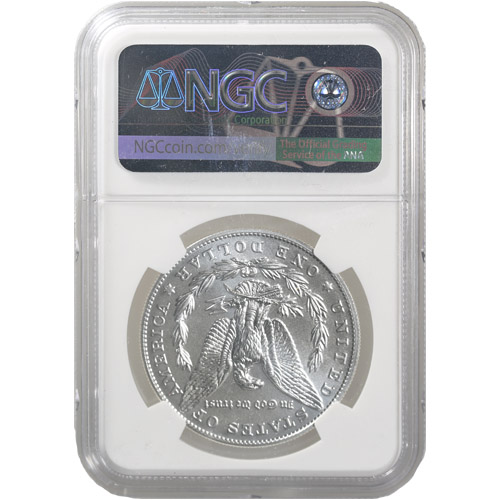 In 2021, the US Mint celebrated the centennial of the last release of Morgan Silver Dollars. Morgan Dollars were issued by the United States Mint annually from 1878 to 1904, halted for more than 15 years, and then resumed with a final strike in 1921 before being replaced by the Peace Dollar. Just two mints struck the coins in each date mark. The Philadelphia Mint was among those mints to do so. Now, 2021 Morgan Silver Dollar Coins in perfect condition are available to purchase online from JM Bullion.

When the Morgan Silver Dollar was first released in 1878, three branch mints of the United States Mint issued the coins. The first of these three was the Philadelphia Mint, the main branch of the US Mint system.

Obverse features on the 2021 Morgan Silver Dollar Coin include the Liberty bust from George T. Morgan. This left-profile portrait shows Liberty with the laurel wreath and coronet crown on her head. There are 13 stars on this field split between seven on the left rim of the field and six on the right rim of the field.

Reverse visuals on 2021 Morgan Silver Dollar Coins in this release feature Morgan’s design of the heraldic eagle. This visual shows the bald eagle in front-facing relief with the arrows of war, the olive branch of peace, and a wreath of oak and laurel.

Philadelphia Mint issues in the centennial release of Morgan Silver Dollars feature the same 7-tail-feather design on the reverse as the other four options. These are the only specimens without a mint mark or privy mark, as is customary with Philadelphia Mint releases both historically and at present.

These 2021 Morgan Silver Dollars are available with plastic slabs and a perfect certification. Mint State 70 coins are those with full, original mint luster and no flaws. Early Release coins are those received for grading within 30 days of release.

JM Bullion customer service is available to assist you at 800-276-6508. Additionally, you can chat with us live online or email us directly.