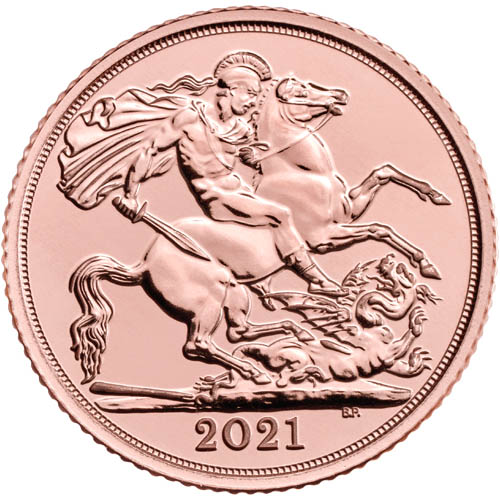 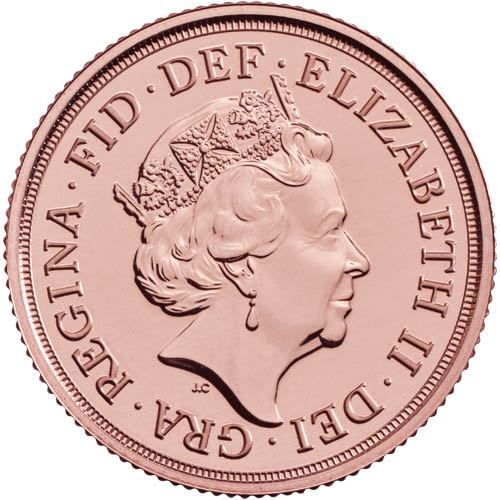 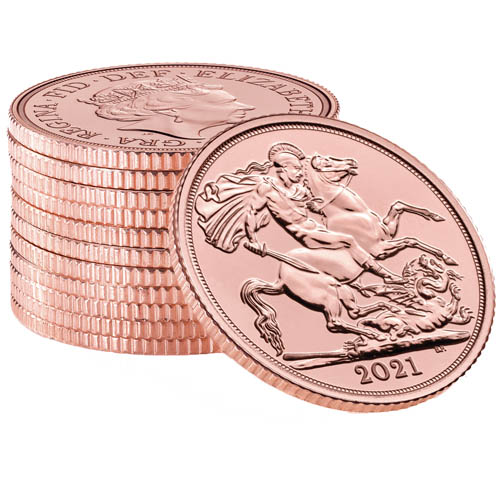 Great Britain 1/2 Sovereigns have been available from the Royal Mint alongside the Sovereign since 1817, with a few disruptions in production. The coins were widely available from 1817 to 1937. World War I and World War II both resulted in disruptions to production, but the lead up to World War II saw a longer disruption in service. The coins were not introduced again in the 1/2 Sovereign option until 1980. Only one date mark since that time is missing, the 1981 coin.

All 2021 Great Britain Gold 1/2 Sovereigns available in this product listing are in Brilliant Uncirculated condition. The coins are packaged inside of individual plastic flips whether you purchase one or several.

On the obverse side of 2021 Great Britain Gold 1/2 Sovereigns is the fifth-generation depiction of Queen Elizabeth II. The Queen is depicted in a design from Jody Clark that was created in July 2015. The right-profile portrait shows the Queen at the age of 89 with the George IV State Diadem Crown on her head.

The reverse field of 2021 Great Britain Gold Sovereigns comes with the iconic design of St. George and the dragon. The design shows St. George on horseback as he rides down a dragon with his sword unsheathed and ready to decimate the dragon. This design was created in 1817 by Benedetto Pistrucci.

Pistrucci created the depiction of St. George and the dragon for the reverse of the gold sovereigns released in 1817. He was born in Italy in 1783 and moved to Britain in 1815. A noted gem-engraver, medalist, and coin engraver, this design is the one that Pistrucci is best-known for in his career. He did, however, also work on the Waterloo Medal that he was commissioned for by the British government. That project took him nearly 30 years to complete the design of the medal.

Please feel free to reach out to JM Bullion with any questions you have about these coins. Our team is available at 800-276-6508, online via our live chat, and through our email address.