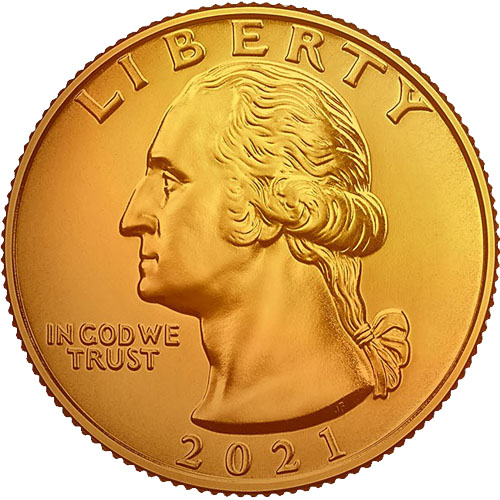 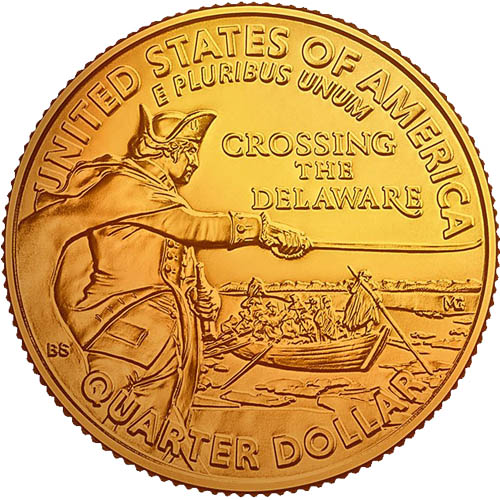 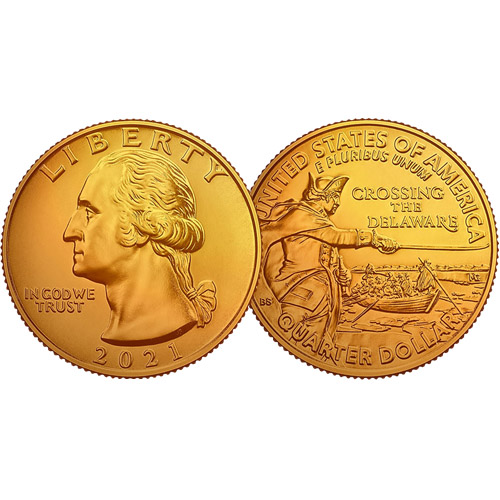 The United States Mint has introduced a new reverse design to its circulation quarter for 2021. The effigy of President George Washington on the obverse is now joined by an artistic depiction of the Commander-in-Chief leading his 2,400 Continental Army troops across the Delaware River to launch his surprise attack on Trenton, New Jersey. 2021 marks the 245th anniversary of this critical moment early in the American Revolution. Now, 2021 George Washington Quarter Sets with a gold-plated finish are available to you for purchase online from JM Bullion.

On Christmas Day in 1776, George Washington and his Continental Army needed a victory to buoy American morale. The Continental Army was facing the greatest military power of the age and bold decisions were required to keep the American Colonists in the war in the early stages. Washingtons answer was as bold as the situation was dire.

Facing the ice-choked Delaware River, Washington commandeered all the boats he could find and transported his 2,400 Continental Army troops across the river under the cover of darkness to launch a surprise attack on the Hessian mercenaries in Trenton, New Jersey. The moment has been captured in countless artistic renderings over the last 245 years, the latest of which is found on new circulation US quarters from the US Mint.

These 2021 George Washington Quarter Sets include three circulation 2021 US Quarters. Each one of the quarters has been enhanced by a private mint with a layer of 24-karat gold on both faces of the coin. The coins come in a plastic bag and include a Certificate of Authenticity.

JM Bullion customer service can assist you at 800-276-6508. You can also reach out to us online through our live chat and email address features.