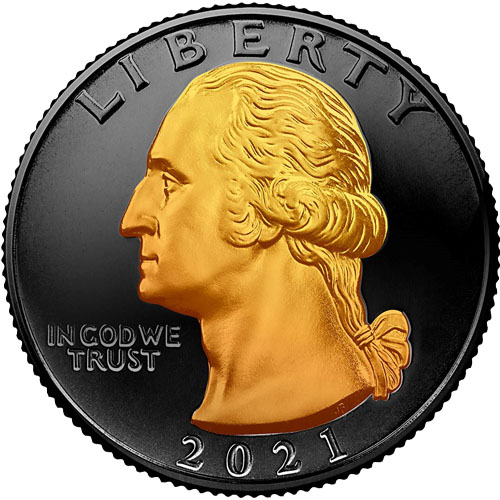 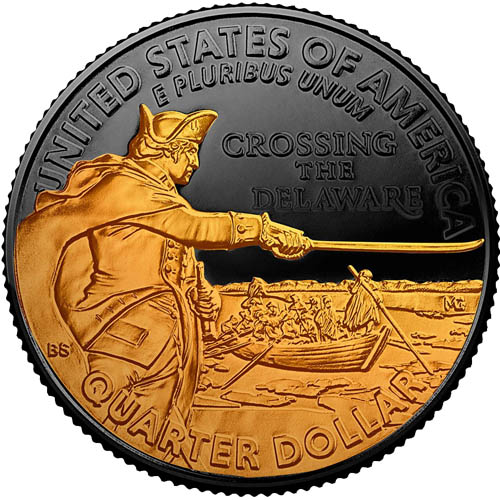 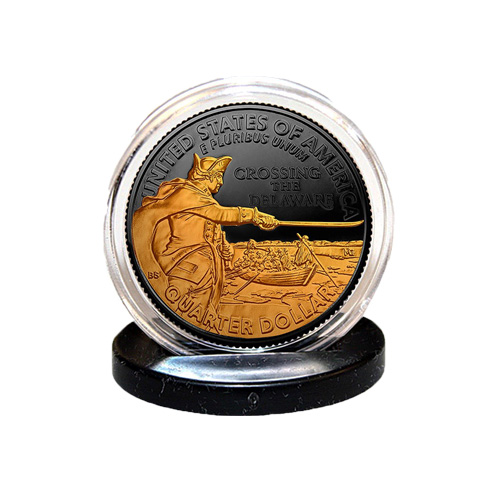 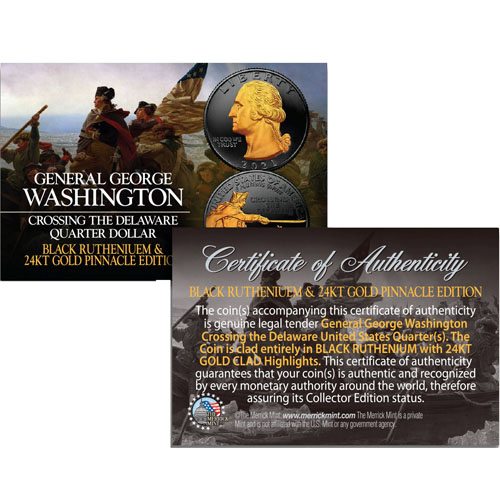 The United States Mint has redesigned the reverse of its legal tender US quarter in 2021. The 2021 date mark now features an image of General George Washington leading his Continental Army across the Delaware River to attack Trenton, New Jersey. 2021 is the 245th anniversary of that seminal moment from the American Revolution. You can now own 2021 George Washington Pinnacle Black Ruthenium Quarters online courtesy of JM Bullion.

On the evening of Christmas Day, 1776, the first campaigns of the American Revolution were winding down as the Americans and the British contemplated taking up winter quarters. In need of a win to boost American morale before the winter cessation of hostilities, General Washington devised a bold strategy.

He procured as many boats as he could in hopes of taking his 2,500 Continental soldiers across the ice-clogged Delaware River to launch a surprise attack on the Hessian mercenaries guarding Trenton, New Jersey, for the British. Washington managed to get his troops across the river under the cover of darkness, marched them several miles to Trenton, and successfully defeated the Hessians in an early morning attack.

President George Washington features on the obverse of the 2021 George Washington Pinnacle Black Ruthenium Quarter as he has on circulation 25-cent pieces since 1932. This design was created that year for the quarter to honor the 200th anniversary of his birth in 1732.

In the reverse design, General George Washington is shown aboard a vessel on the Delaware River as he leads his forces across the river to launch the surprise attack. Washington not only crossed the Delaware that night, but he would also do so with his forces several more times before the winter halt. After the victory at Trenton, he retreated back across the Delaware, only to cross it again and defeat British regulars under Lord Cornwallis on January 2nd and again on January 3rd.

These 2021 George Washington Pinnacle Black Ruthenium Quarters are available to purchase with protective capsules and a small display stand. The coins come with a Certificate of Authenticity and beautiful finishes on these legal tender coins. The coins have a black ruthenium layer throughout the background field with 24-karat gold plating on the design elements.