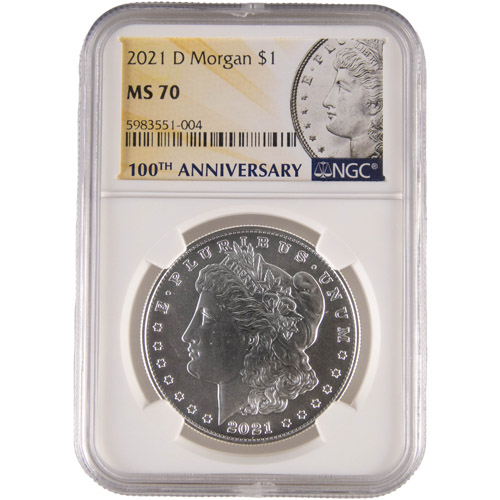 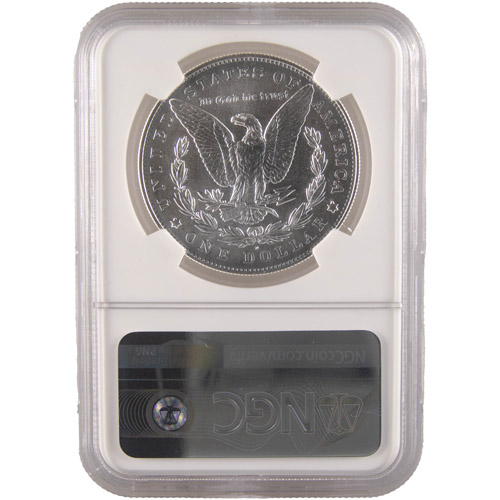 There were five different United States Mint branches that released Morgan Silver Dollar Coins throughout the program’s history. While the San Francisco, Philadelphia, and New Orleans Mint branches are considered the most prolific, the Denver Mint has also issued coins in this collection. 2021 marks the centennial year for these coins, making this release extra special for coin collectors. Today, the 2021 Morgan Silver Dollar Coin NGC MS70 can be purchased online from JM Bullion.

The 2021 Morgan Silver Dollar Coin NGC MS70 has been struck in pure silver for the centennial celebration of this series. Although this coin was issued by the Denver Mint, the coin itself bears no mint mark. This centennial coin has received a grading of MS70 from the NGC, meaning it’s considered a perfect specimen with no flaws and retains its full, original mint luster. When ordering from this listing at JM Bullion, each coin will be individually packaged in plastic slabs.

On the obverse of the 2021 Morgan Silver Dollar Coin NGC MS70 is the profile of Lady Liberty. This design was created by George T. Morgan and shows Lady Liberty from her left side. On her head, she wears three different items: a Phrygian cap, a laurel wreath, and a coronet crown in her hair. Around the outer edges of the obverse are 13 stars, along with the coin’s release year.

The reverse of the 2021 Morgan Silver Dollar Coin NGC MS70 shows the heraldic eagle design, also by George T. Morgan. This version of the national seal shows the bald eagle front-facing with wings spread wide and talons holding an olive branch of peace and arrows of war. The imagery on this coin serves to be very symbolic for the United States.