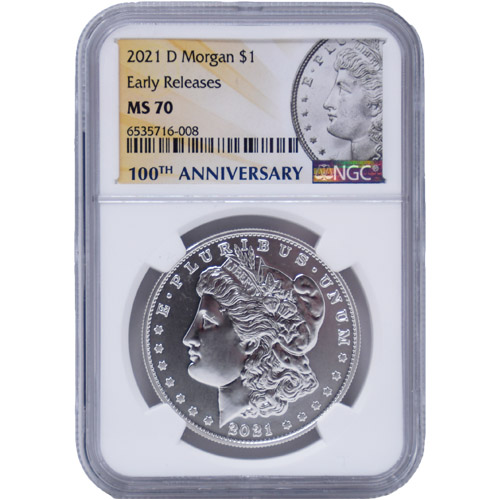 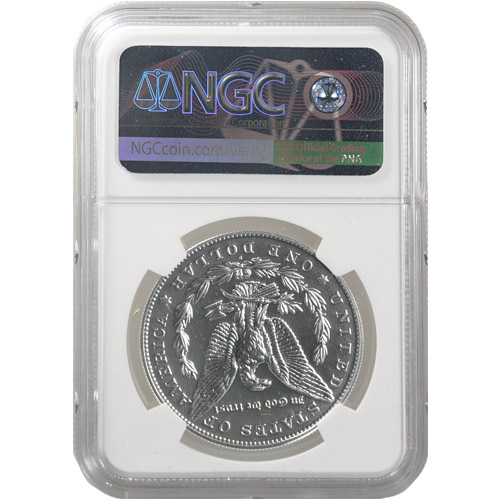 The Morgan Silver Dollars were largely issued by the United States Mint before the Denver Mint branch was even operational. Morgan Dollars debuted in 1878 and were issued annually through 1904 when the mandate from Congress that supplied the silver for the series ended. During this period, the Philadelphia Mint, San Francisco Mint, Carson City Mint, and New Orleans Mint struck the coins.

After a 17-year hiatus, silver dollar coining resumed after World War I with authorization coming in 1918 and production starting in 1921. By this time, the Carson City Mint had been closed for nearly 30 years and the New Orleans Mint had been closed for 12 years. The Denver Mint, which opened in 1906, was tapped to assist the Philadelphia and San Francisco Mints with production.

Lady Liberty is on the obverse of 2021-D Morgan Silver Dollar Coins. This effigy of Liberty is a left-profile relief with a depiction of the female allegory wearing a Phrygian cap on her head with the laurel wreath and coronet crown in her hair.

The heraldic eagle is featured on the reverse side of the 2021-D Morgan Silver Dollar. Created by George T. Morgan, this version of the national seal shows the bald eagle in front-facing relief with wings spread and its talons holding the arrows of war and olive branch of peace.

These 2021-D Morgan Silver Dollar Coins are available in perfect condition with plastic slabs. Mint State 70 coins showcase full, original mint luster with no detractions. Early Release coins are those received by the NGC within 30 days of release from the mint.