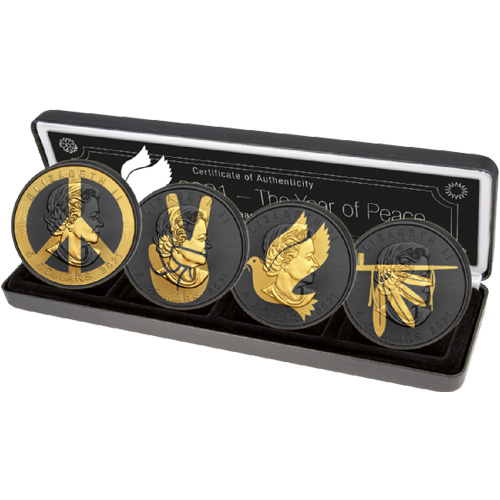 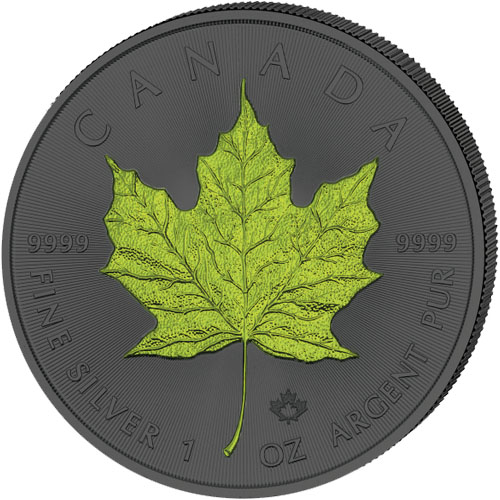 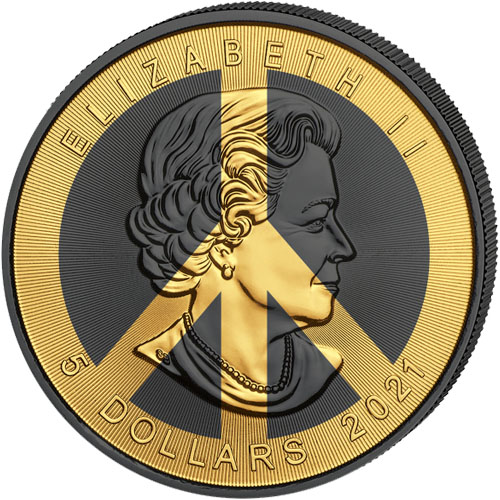 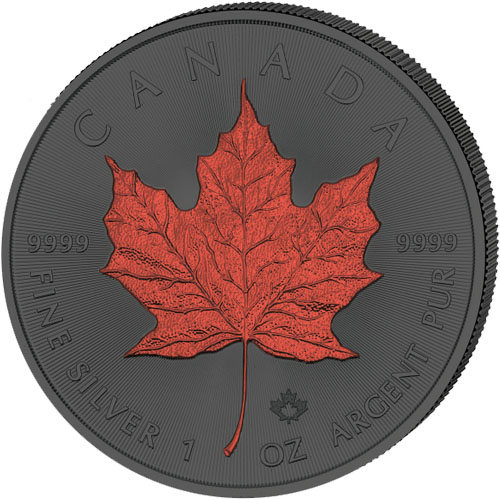 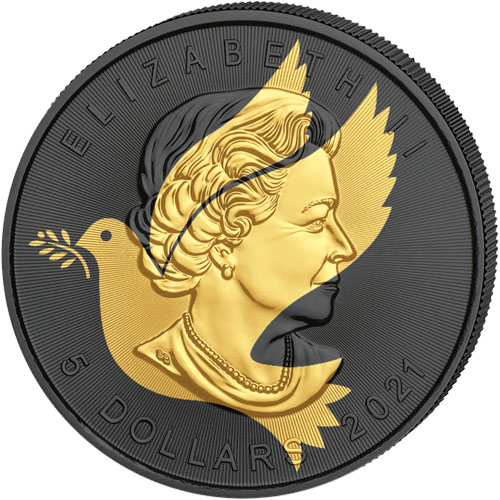 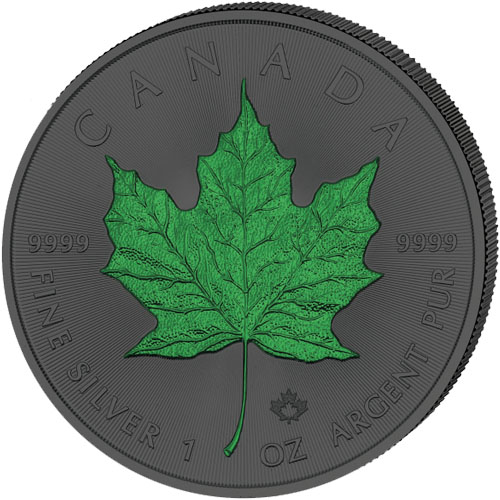 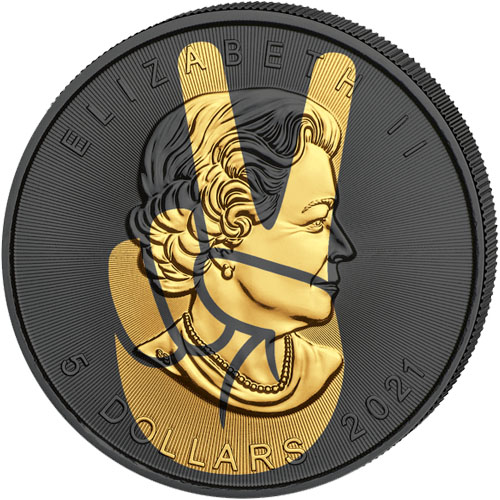 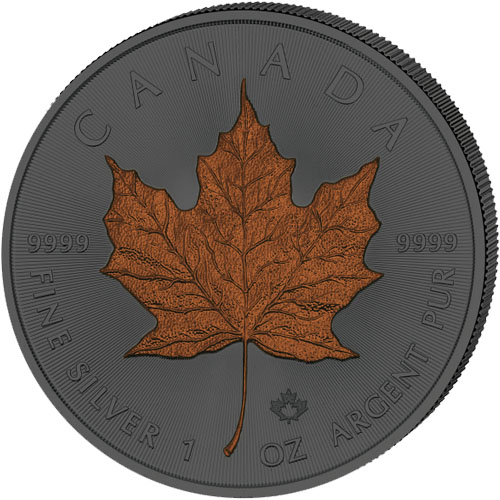 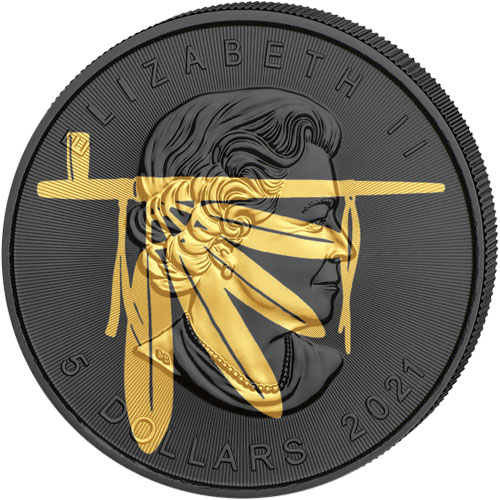 Canadian Silver Maple Leaf coins are the second best-selling coins in the world behind the American Silver Eagle. The Canadian Maple Leaf is also the only other coin in the Four Seasons collection that Emporium-Hamburg issues alongside the American Eagle Four Seasons Set. Each coin has colorized reverse fields and a fresh image superimposed over the Queen’s effigy on the obverse.

Queen Elizabeth II features on the obverse side of 2021 Canadian Silver Maple Leaf Year of Peace Edition Four Seasons Coin Sets. This is the fourth-generation effigy of Her Majesty to feature on Canadian coins and was designed in 2003 by Susanna Blunt. It is on this side of each of the four coins that you will find a different peace symbol, each one plated in 24-karat gold. The symbols include the universal peace sign, the universal peace hand sign, a dove, and a peace pipe.

Walter Ott’s sugar maple leaf design is found on the reverse of all 2021 Canadian Silver Maple Leaf Year of Peace Edition Silver Coins. The sugar maple leaf is found at the center of the design field on this face. Set against a ruthenium-plated background field, the four maple leaf designs have colorized applications that showcase the changing colors of the maple leaf as the seasons change each year.

These 2021 Canadian Silver Maple Leaf Year of Peace Edition Four Seasons Coin Sets are available to you for purchase with each coin in Brilliant Uncirculated condition. The set features four coins in total with a Certificate of Authenticity accompanying the presentation box.

JM Bullion customer service can assist you at 800-276-6508. Alternatively, we are available online using our live chat and email address features.