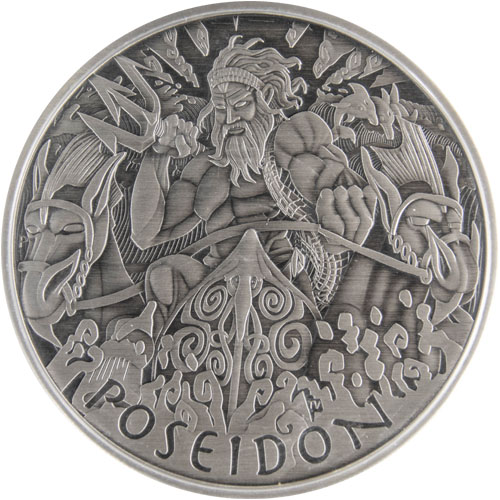 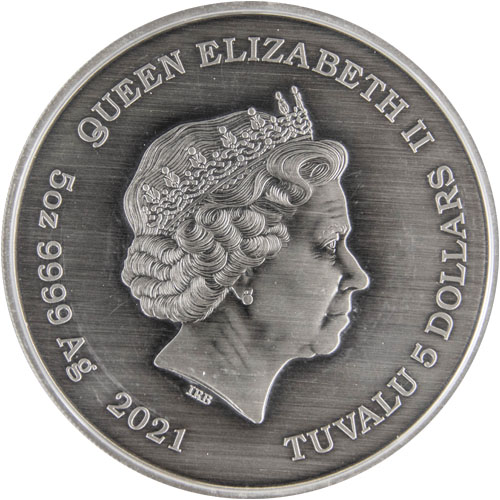 With the relaunch of the designs in the Tuvalu Gods of Olympus Series, Perth Mint is expanding the availability of the images in this collection. The original Gods of Olympus and Goddesses of Olympus Series offered only 2 oz silver coins with an antique polish for each release. The new, combined six-coin series features five options in total.

Poseidon is depicted in the reverse design of the 2021 Antique Tuvalu Gods of Olympus Poseidon Silver Coins. This design casts a powerful image of Poseidon as he rides the waves on his chariot with a trident in hand and dolphins swimming in the waves behind his figure.

These 2021 5 oz Antique Tuvalu Gods of Olympus Poseidon Silver Coins are available to purchase with plastic capsules and feature a Certificate of Authenticity. Each coin is an antique specimen offering distinctive visuals that give the appearance of an ancient coin.