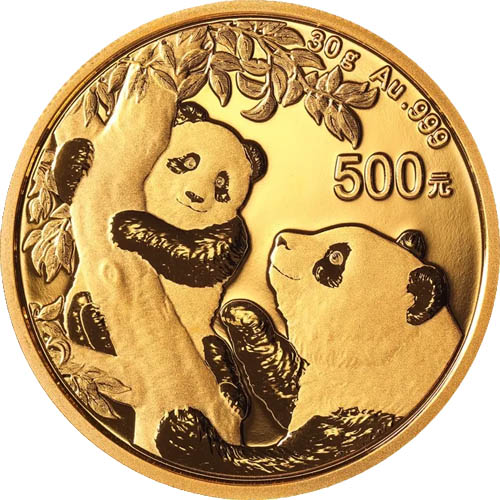 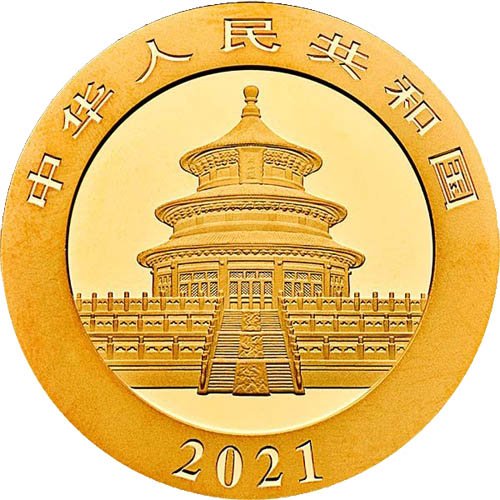 The Chinese Gold Panda coin increases in popularity with each passing year. The series is a favorite of many investors for its government-backed gold content and the use of new Giant Panda design on the reverse field of the gold coins for sale. Now, 2021 30 Gram Chinese Gold Panda Coins are available to you for purchase online from JM Bullion.

Chinese Panda Gold Coins debuted in 1982 at the Chinese Mint and have been one of the most stable gold bullion coins in the precious metals industry since that time. The coins have been issued every year since that time in 1 oz, 1/2 oz, 1/4 oz, and 1/10 oz weights. Those coin weights were transitioned in 2016 to Grams, with each of the respective weights above replaced by 30 Gram, 15 Gram, 8 Gram, and 3 Gram coins. The 1/20 oz coin introduced in 1983 became the 1 Gram coin in 2016.

Each year since 1982, the Chinese Mint has issued a new depiction of the Giant Panda on the reverse field. There has been only one exception to this rule. In 2002, the Chinese Mint repeated the 2001 design. The decision was immediately reversed in 2003 after backlash from long-time buyers of the Gold Panda.

On the obverse side of 2021 30 Gram Chinese Gold Panda Coins, you will find the image of the Hall of Prayer for Abundant Harvests. The building is the primary structure within the Temple of Heaven Complex and it was built between 1406 and 1420. This image has featured on the obverse of the coins each year with no changes.

The reverse face of the 2021 Chinese Gold Panda Coin features another new design. In this year’s release, a Giant Panda mother and cub are featured. The mother panda is shown standing on her hind legs with her front paws resting on a tree trunk. The mother’s paws are there to offer support to the cub as it climbs up the trunk of the tree.

2021 30 Gram Chinese Gold Pandas offered here come in Brilliant Uncirculated condition. The coins are packaged individually inside of sealed plastic pouches from the mint or rolls of 10 coins.

JM Bullion customer service is available to assist you with questions at 800-276-6508. We are also available on the web using our live chat and email address features.