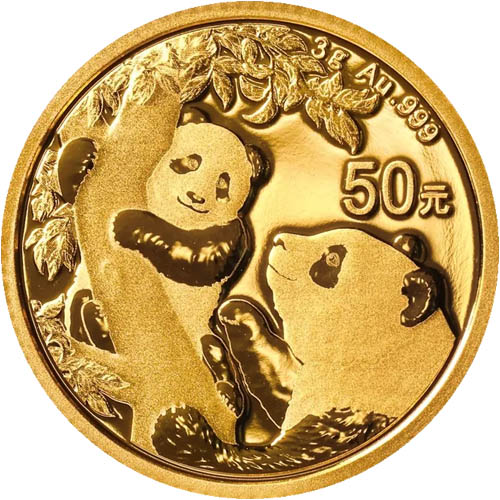 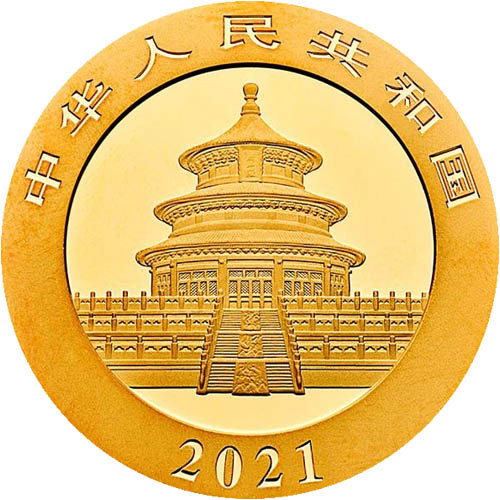 The gold bullion coins of the Chinese Panda Series have been available annually as of 1982. The program started with four weights in 1982 and added a fifth weight in 1983. In the intervening four decades, the series has seen the face value of the coins change in 2001 and both the weights and diameters change in 2016. From one of the world’s most popular gold collections, you can now buy 2021 3 Gram Chinese Gold Panda Coins online from JM Bullion.

Obverse fields on the 2021 3 Gram Chinese Gold Panda Coins come with a depiction of the Hall of Prayer for Abundant Harvests. The building is the central piece of the Temple of Heaven Complex in south-central Beijing and it has featured on the obverse of the coins each year since 1982.

Reverse design elements on the 2021 Chinese Gold Panda Coins include an image of two Giant Pandas. The native bear species from the central highlands of China has notable black-and-white fur. In this year’s design, a small cub is depicted climbing up the trunk of a tree as an adult panda supports with a paw as it climbs.

These 2021 3 Gram Chinese Gold Panda Coins are available to you with individual, sealed plastic pouches and come in Brilliant Uncirculated condition.

JM Bullion customer service is available to help you with questions about gold for sale at 800-276-6508. Our team is also available online through our live chat and email address features.