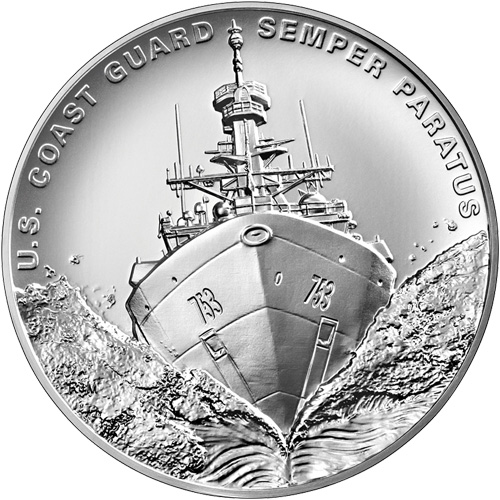 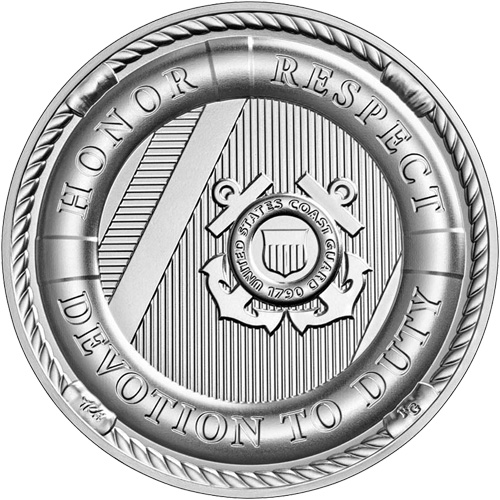 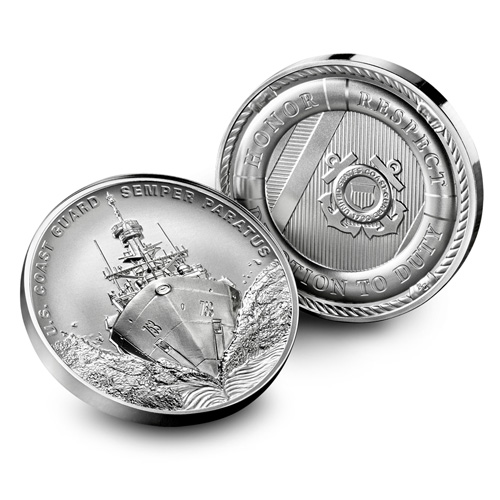 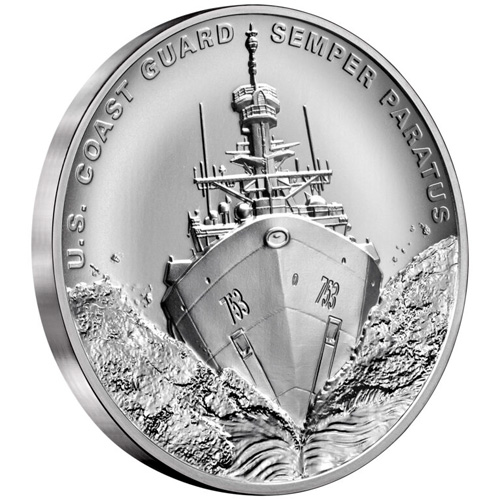 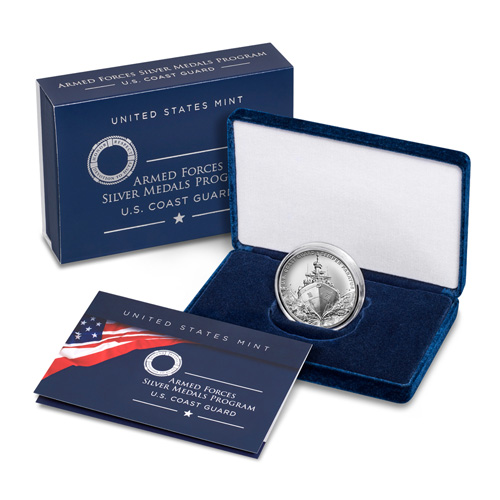 Legal tender bullion coins are not the only silver bullion options from the United States Mint. Each year, the mint issues commemorative medals as well. Silver medals are the most common form of non-legal-tender silver from the US Mint. Right now, 2021 2.5 oz US Mint Coast Guard Silver Medals are available to purchase online from JM Bullion.

Each of the 2021 2.5 oz US Mint Coast Guard Silver Medals in this listing comes from the new Armed Forces Silver Medals Program. The silver medal itself is encapsulated and presented inside of a blue US Mint display box. An outer shipping sleeve and a Certificate of Authenticity are also available with your purchase.

The United States Coast Guard was founded in 1790 at the request of Alexander Hamilton. Originally known as the Revenue-Marine, the name of the seafaring service was changed to the U.S. Revenue Cutter Service during the Civil War and eventually changed to the Coast Guard following the 1915 merger of the U.S. Revenue Cutter Service and the U.S. Life-Saving Service.

On the obverse of the 2021 US Mint Coast Guard Silver Medal is a depiction of the USCGC Hamilton. The Hamilton is identified by the hull number 753. The Hamilton is named for Alexander Hamilton, the man who pressed for the founding of the service, and is the lead ship of the Hamilton-class of United States Coast Guard Cutters. In particular, the Hamilton-class cutters were formerly the largest class of cutters in the service of the USCG until being replaced by the Legend-class cutters.

The reverse side of the 2021 2.5 oz Coast Guard Silver Medals features the Racing Stripe insignia used by the Coast Guard in the identification of its ships. Included within the insignia is the logo of the United States Coast Guard.

With a total of 243 ships in its flotilla and 40,992 active-duty personnel, the United States Coast Guard would be the 12th-largest navy in the world if it operated as an independent navy. The Coast Guard operates within the Department of Homeland Security during times of peace, but can be transferred to the Department of the Navy by either the President of the United States of the U.S. Congress.