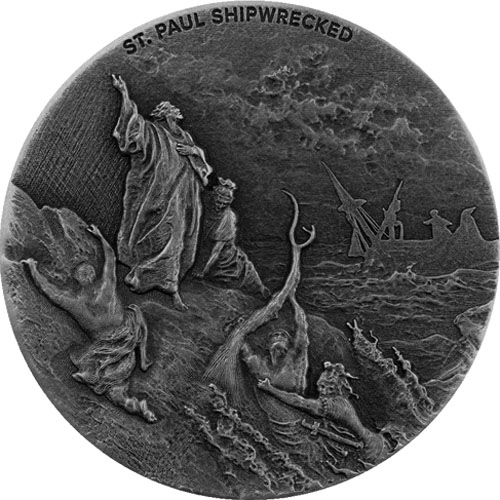 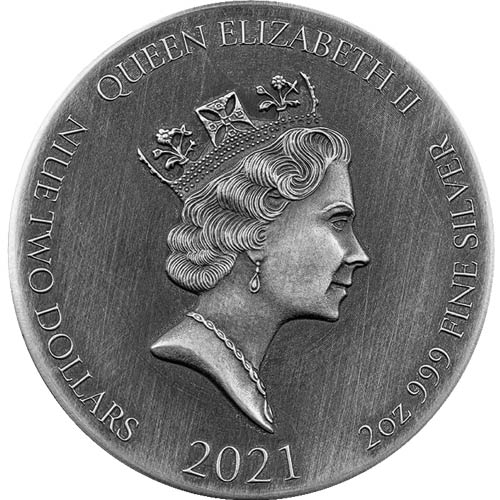 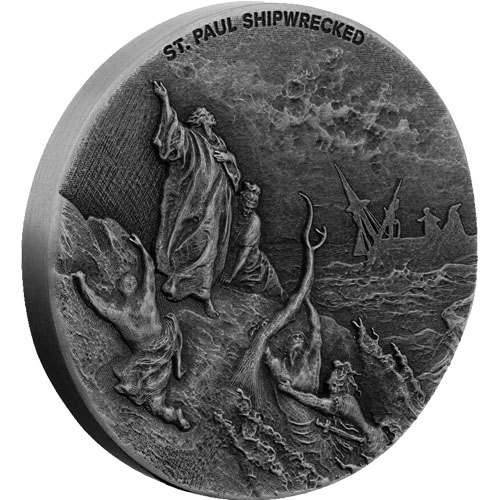 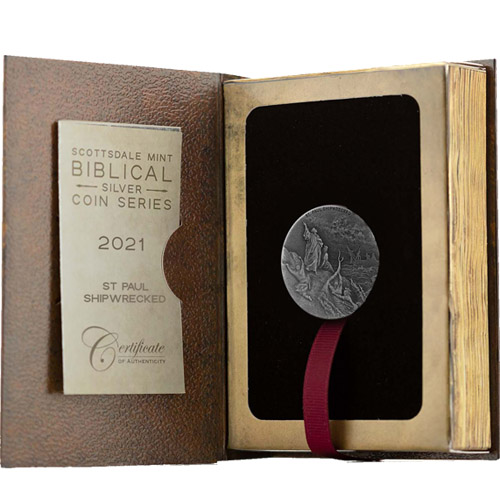 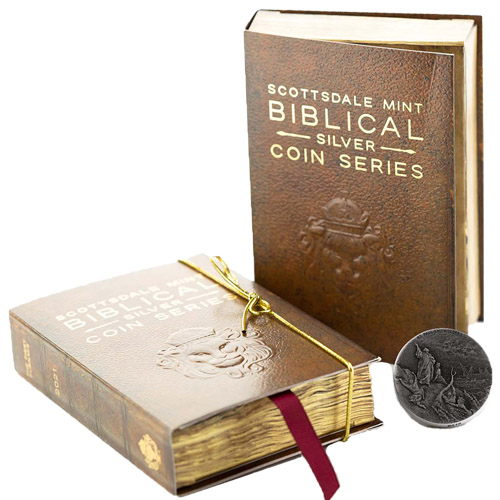 One of the latest releases in the Niue Biblical Series from the Scottsdale Mint features the image of St. Paul after he was shipwrecked. Paul was not one of the original disciples of Jesus Christ, but would go on to be remembered by history as one of the greatest apostles. Now, 2021 2 oz Saint Paul Shipwrecked Biblical Silver Coins are available to you for purchase online from JM Bullion.

The Niue Biblical Series is a collaboration between the island nation of Niue and the Scottsdale Mint, a private mint in the United States. This series launched in 2015 and has presented six new designs each year of availability. Though each new coin issued in the series has a different reverse design, there are several commonalities that continue throughout the series.

First and foremost, all of the coins are antique specimens. The coins are struck on rimless blanks that, when combined with the antique visuals, help create the appearance of a coin that has been around for hundreds of years. The designs on the reverse, though ever-changing, are all inspired by the biblical design works of Gustave Dore.

Queen Elizabeth II is on the obverse side of 2021 2 oz Saint Paul Shipwrecked Biblical Silver Coins. This effigy of the Queen is the third-generation portrait that was created in 1985 and used only briefly through 1997. This design was created by Raphael Maklouf and is widely considered a timeless depiction of Her Majesty.

These 2021 2 oz Saint Paul Shipwrecked Biblical Silver Coins are available to you for purchase with individual packaging. Each coin comes in a Bible-themed booklet with the biblical passages related to the shipwreck of Saint Paul featured on the included Certificate of Authenticity. Each coin in this series comes with an individual serial number etched on the rim.

JM Bullion customer service is available to assist you with questions about silver for sale at 800-276-6508. We are also available to you online through our live chat and email address features.