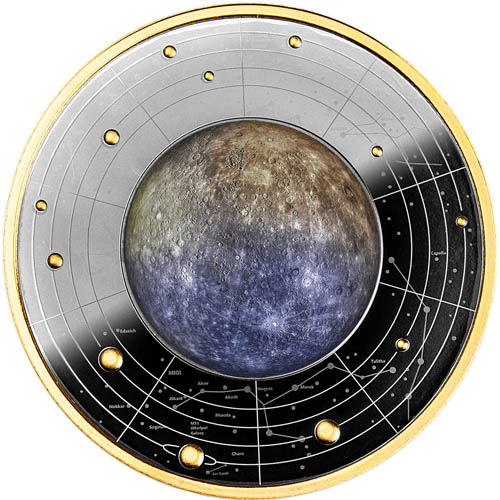 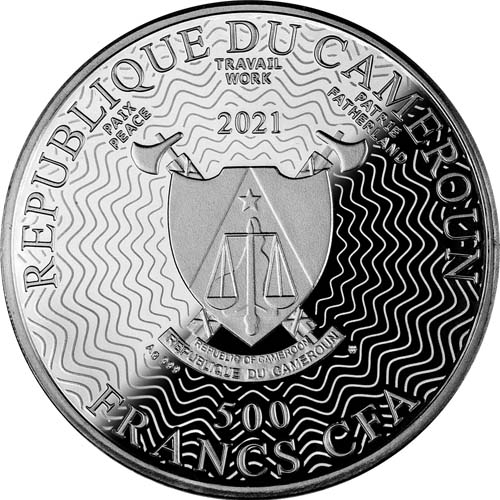 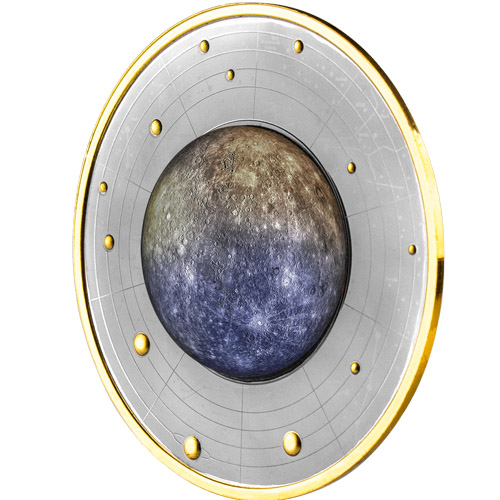 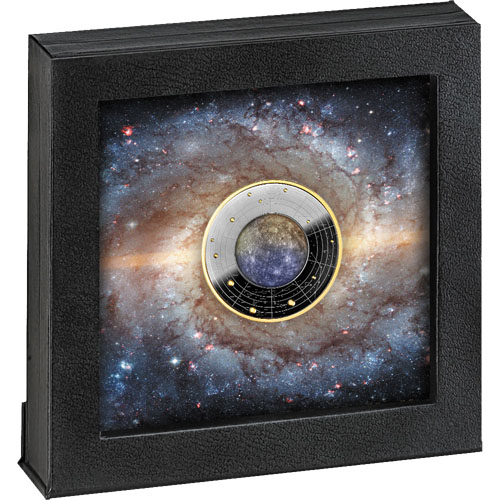 The Republic of Cameroon’s Solar System coin series, a joint project with the Mint of Poland, celebrates the most important and well-known objects orbiting our sun. One of the earliest planets to be discovered by ancient observers of the heavens was Mercury, the subject of the 2021 17.5 Gram Proof Cameroon Silver Mercury Coin now offered by JM Bullion.

Mercury is the closest planet to our Sun and has been an object of fascination in the skies throughout human history. It played an important role in the religious life of numerous civilizations: it was Sabkou to the ancient Egyptians, Woden to ancient Germanic peoples, Hermes and Apollo to the Greeks, and Mercurius (the messenger of the gods) to the Romans. The smallest terrestrial planet vaulted into the limelight of planetary science with the recent voyage of Mariner 10, whose high-resolution images have produced a quantum leap in human knowledge of the planet.

The 2021 Proof Cameroon Silver Mercury Coin delivers elegant medallic artwork in a dazzling proof-quality finish accompanied by decorative gilding and ruthenium accents, all built around a realistic magnified portrait of the planet as seen in the surveys of Mariner 10. An ideal gift for special occasions that’s certain to be prized by collectors and astronomy enthusiasts, it comes in a striking astronomy-themed presentation case along with a Certificate of Authenticity. JM Bullion fully insures your shipment against even the remote chance of loss or damage in transit.

A vivid portrait of Mercury, showing the complex details of its surface revealed by 21st-century surveys, dominates the coin’s obverse set. It’s positioned under a magnifying lens that brings out those details even more powerfully and is surrounded by a finely-rendered star map that traces out several key constellations and names more than twenty significant stars and galaxies. A dozen gilded spheres decorate the star map, while a gilded rim frames the design.

Cameroon’s coat of arms dominates the reverse, along with the inscriptions “Republique du Cameroun,” “2021” and “500 Francs CFA.” These are accompanied by the English and French versions of the country’s motto “Peace,” “Work,” “Fatherland.”

If you have questions when buying silver, the team at JM Bullion is always happy to help. You can reach us by phone at 800-276-6508, send inquiries via e-mail, or touch base with our agents at our online live chat.