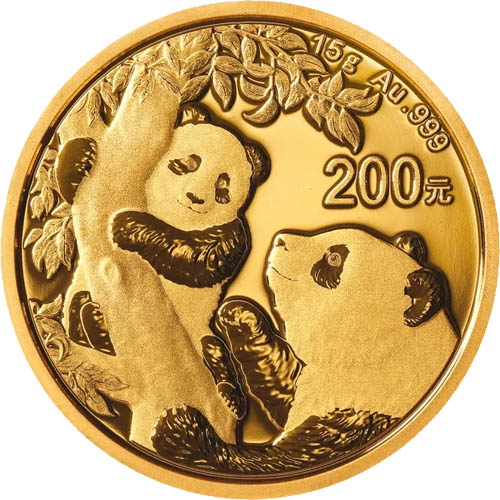 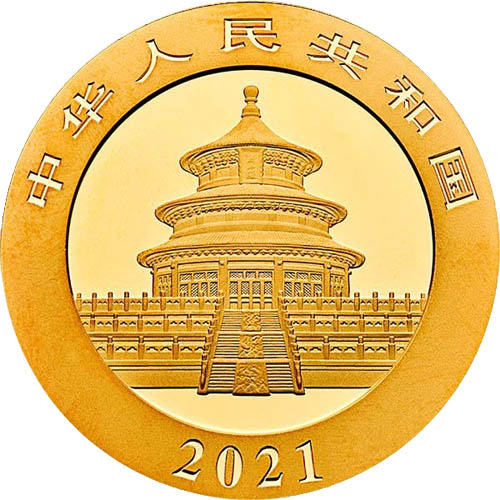 The Chinese Gold Panda bullion coin series is one of the oldest in the world having been introduced in 1982. Among major, long-running programs, only the South African Krugerrand and the Canadian Maple Leaf have been available longer. As of 2016, the Chinese Gold Panda stands out as the only major bullion series with coins weighted in grams instead of Troy oz. Today, 2021 15 Gram Chinese Gold Panda Coins are available to you online from JM Bullion.

On the obverse of the 2021 Chinese Gold Panda Coin is an image of the Hall of Prayer for Abundant Harvests. This building is the central structure within the Temple of Heaven complex, one of four such religious sites in the city of Beijing. The hall itself was once visited by emperors and citizens alike to pray for the rains needed to ensure quality, bountiful harvests to feed the kingdom.

The reverse field of 2021 15 Gram Gold Pandas features an all-new design once again. This years version of the Giant Panda imagery depicts a panda cub with its parent. In the design, the cub is shown climbing the trunk of a tree as its parent looks on with pride and a touch of caution, offering a paw in support of its young cub as it explores its independence.

Please contact JM Bullion if you have any questions. Our team is available at 800-276-6508, online through our live chat, and via our email address.