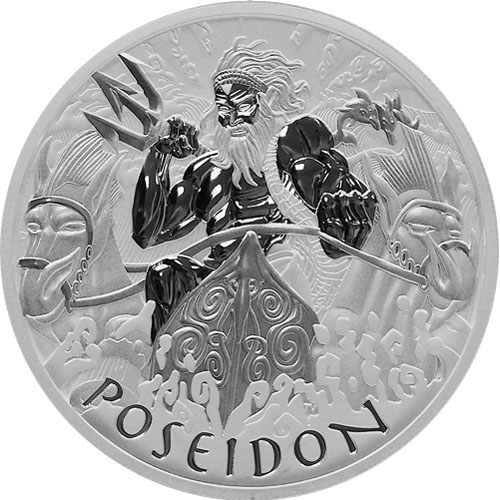 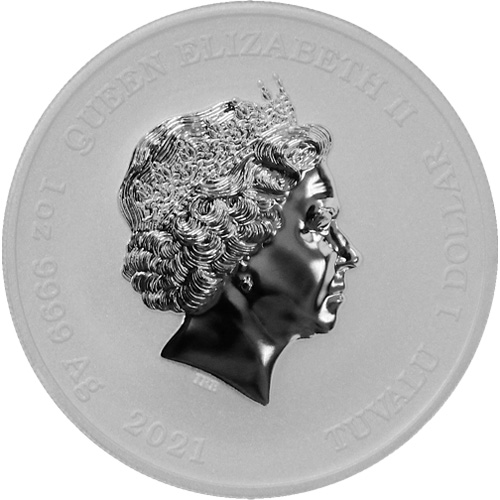 The second issue of the latest Tuvalu Gods of Olympus Series from the Perth Mint is available with one of the most popular gods of Ancient Greek mythology again featured. For the second release, as was the case in the first series back in 2014, Poseidon comes after his brother, Zeus, in the series. Right now, 2021 1 oz Tuvalu Gods of Olympus Poseidon Silver Coins are available to purchase online from JM Bullion.

Each 2021 1 oz Tuvalu Gods of Olympus Poseidon Silver Coins listed here comes to you in Brilliant Uncirculated condition. The coins available here are offered with individual protective plastic capsules to house the specimen. The Perth Mint is reviving and modernizing the designs from its original Gods of Olympus high-relief series, and now issuing the coins with two versions per design: BU and antique. Both versions come in 1 oz silver.

Poseidon was one of the most important deities in Ancient Greek mythology. He was considered one of the 12 Olympians, the major deities from Greek culture that were believed to inhabit the peak of Mount Olympus. Though some argue the order of the importance of some of these gods, Poseidon is often considered the third most powerful behind his brother, Zeus, and his brother’s wife, Hera. As his realm, Poseidon controls the seas.

On the obverse side of 2021 Tuvalu Gods of Olympus Poseidon Silver Coins is a depiction of Queen Elizabeth II. Tuvalu issues still feature the popular Ian Rank-Broadley effigy of Queen Elizabeth II. This right-profile design was created in 1998 for the Royal Mint of England and widely circulated across coins in Britain, Australia, and nations of the Commonwealth. In this portrait, Her Majesty is shown wearing the Girls of Great Britain and Ireland Tiara.

The reverse face of 2021 1 oz Gods of Olympus Poseidon Silver Coins comes with an image of Poseidon riding across the waves of the ocean on his horse-driven chariot. With dolphins in pursuit behind him, Poseidon reaches back to grab his trident with his right hand. Poseidon derives much of his control over the seas and elements.

If you have questions, JM Bullion is available to help. Our team is available at 800-276-6508, online using our live chat, and via our email address.