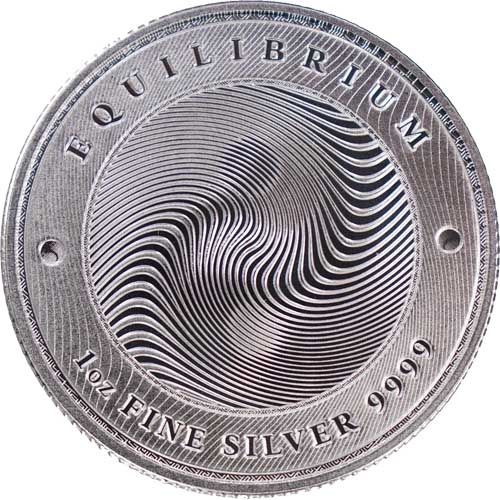 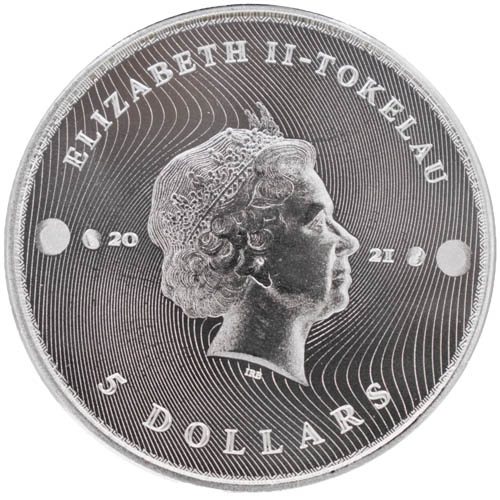 The Equilibrium Series from the Pressburg Mint showcases the importance of balance in life. Each year, a new design is released. In 2021, the mint went with the yin-yang symbol, which is an ancient symbol of the relationship of opposite forces. Today, you can get the 2021 1 oz Tokelau Equilibrium Silver Coin in Brilliant Uncirculated condition from JM Bullion.

Our team ships these coins directly from our secure facility to your door in clear plastic capsules that provide valuable protection to your investment during the shipping process. We also recommend leaving the coins in their capsules to ensure their safety during storage and displaying, as well.

The obverse image is that of Queen Elizabeth II. This image of Her Majesty was designed by Ian Rank-Broadley, whose initials are featured beneath the bust portrait. She is shown facing off to the right and wearing a regal crown atop her head. The year 2021 is shown engraved on this side of the coin, as is the face value, name of the Queen, and country of issue, Tokelau.

A heavily stylized version of the yin-yang symbol is featured on the reverse face of the coin. This symbol represents two complementary forces that co-exist in balance and harmony. Yin is meant as a symbol of earth, female energy, passivity, and darkness. Yang, in contrast, is the symbol for heaven, male energy, light, and activity.

The Equilibrium Series was created for the island of Tokelau. It features designs that change each year, but the goal of the series remains the same. The series aims to showcase the need for harmony in our world. This is the third release in the series.

These coins were created by the Pressburg Mint, which is located in Bratislava, also called Pressburg, which is the capital city of Slovakia. The Pressburg Mint is adding a modern twist to centuries-old minting traditions from the region with each coin it releases.

Should you have any questions when you buy silver online, please feel free to contact our customer service team for assistance. You can reach one of our dedicated team members via email, live chat, and telephone at 800-276-6508.