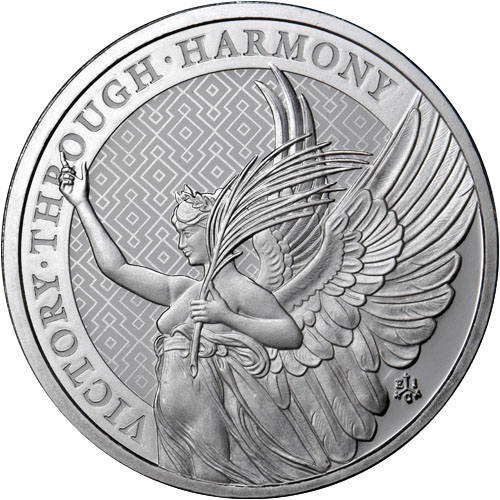 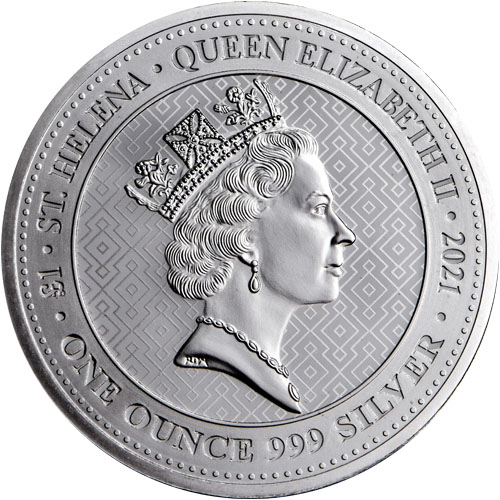 In the 19th century, Queen Victoria of England established a set of principles that guide the views and behaviors of the monarch of England. Those Queen’s Virtues are carried forward in the 21st century by England’s longest-reigning monarch, Queen Elizabeth II. The first in a new series of silver bullion coins for St. Helena, the Queen’s Virtue Victory coin debuts in 2021. Today, 2021 1 oz St. Helena Silver Queen’s Virtues Victory Coins are available to you online from JM Bullion.

In the first release of the Queen’s Virtues Series, the virtue of Victory is shown in the design of the reverse. Based upon the Roman goddess of victory, Victoria, the image of a Winged Victory figure has been depicted in various designs over the course of human history. Common elements to her effigy include the Victor’s Palm, shown in many cases as a small crown.

All of the 2021 1 oz St. Helena Silver Queen’s Virtues Victory Coins are available to you in Brilliant Uncirculated condition. This all-new legal tender series for the island of St. Helena comes with a face value of 1 Pound. Though the value is of a similar name to the British Pound sterling, it is actually the St. Helena Pound. Former Crown Colonies still use the Pound, but it is not the same as the British Pound sterling. These coins are available individually inside of plastic flips, in tubes of 20, or Master Boxes of 500 coins.

Queen Elizabeth II is found on the obverse of 2021 St. Helena Silver Queen’s Virtues Victory Coins. The design element features the Raphael Maklouf depiction of Elizabeth II that was used on the obverse of British currency from 1985 to 1997. In this portrait, the timeless, regal depiction of the Queen features the George IV State Diadem Crown on her head.

A statuesque figure of the virtue Victory is depicted in the reverse design of the 2021 1 oz Silver Queen’s Virtues Victory Coins. The figure of Victory bears powerful wings on her back and holds a palm branch in her left hand. Victory is the first of the six Queen’s Virtues to feature in this series and acts as a signal of the end of conflict and a celebration of peace.

Please don’t hesitate to reach out to JM Bullion with any questions about these new silver coins for sale. You can call us at 800-276-6508, chat with us live online, or email us directly.