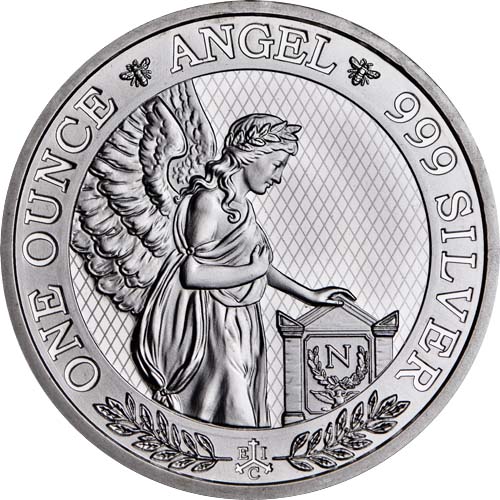 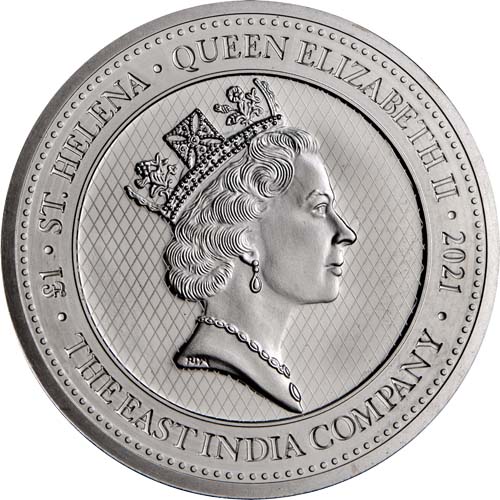 As low as $5.49 per coin over spot!
Add to WishlistLog In to add this product to your Wishlist
Free Shipping on $199+ Orders

Napoleon Bonaparte is one of the most celebrated and controversial national leaders of the past 200 years. He rose from humble origins on the island of Corsica to become the Emperor of France. His empire was built on war and conflict, with his armies emerging victorious courtesy of his brilliant tactics in the vast majority of those wars. From humble origins to a silent death, Bonaparte died 200 years ago in exile on the island of St. Helena. Now, 2021 1 oz St. Helena Napoleon Angel Silver Coins are available to you for purchase online from JM Bullion.

Bonaparte was born into a minor Italian noble family on the island of Corsica in 1769. Shortly after his birth, the island was annexed by the Kingdom of France and he grew up a supporter of the French. During the French Revolution, Bonaparte supported the revolution and showcased his skill in military tactics early on in defeating the Austrians and Italians in April 1796.

He shot to fame two years later when he led a French expedition to Egypt. His tactics and successes were now impossible to ignore and he would use that fame as a springboard to absolute control in France during the revolution. He orchestrated a coup in 1799 that resulted in him becoming the First Consul of the Republic. He expanded the new French Empire from the traditional boundaries of France to cover large swaths of the European continent over the next decade.

Queen Elizabeth II features on the obverse side of 2021 1 oz St. Helena Napoleon Angel Silver Coins. Her Majesty is shown here in the third-generation Royal Mint design from her reign. Created by Raphael Maklouf, the effigy captures a young, regal monarch with the George IV State Diadem Crown on her head.

An angel stands guard over the tomb of Napoleon Bonaparte in the reverse design of the 2021 St. Helena Angel Silver Coin. After a decade romping across the European continent to expand his empire, Napoleon was eventually defeated by a coalition of European kingdoms that included Britain. He was exiled to the island of St. Helena, briefly returning to power in 1815, before living out the rest of his life on the island. He died May 5, 1821, on the island. Some 20 years after his death, his body was returned to France and buried in a tomb guarded by 12 marble angels. At the bottom of the design rocker is an “EIC” mark for the East India Company.

These 2021 1 oz St. Helena Napoleon Angel Silver Coins are available to you for purchase in Brilliant Uncirculated condition. Individual coins are housed in plastic flips. Multiples of 20 are housed in tubes, while multiples of 500 come in a Master Box. The box holds five sleeves with five tubes per sleeve. St. Helena silver coins in this series are produced by the East India Company under the authority of St. Helena. The connection between the historic East India Company and the island of St. Helena dates back to 1658 when the British company was granted a charter to govern the island.

JM Bullion customer service is available to assist you at 800-276-6508 with any questions about silver for sale. Our team is also available online through our live chat and email address features.

Stacy from OH - July 22, 2021
"Beautiful coin! The pictures don’t do this coin justice, the details are fantastic! Highly recommend!!"

Vincent from - June 22, 2021
"Received my coins today. They are gorgeous, thank you JM Bullion for getting these to me so quickly. Great company to do business with. "

JIM from - June 02, 2021
"Absolutely a beautiful coin, and great throw down gift for any occasion. "