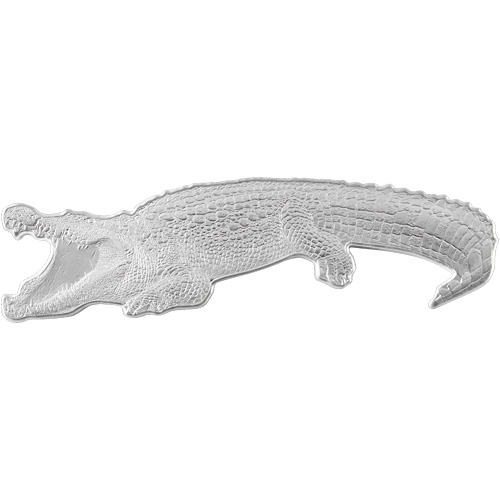 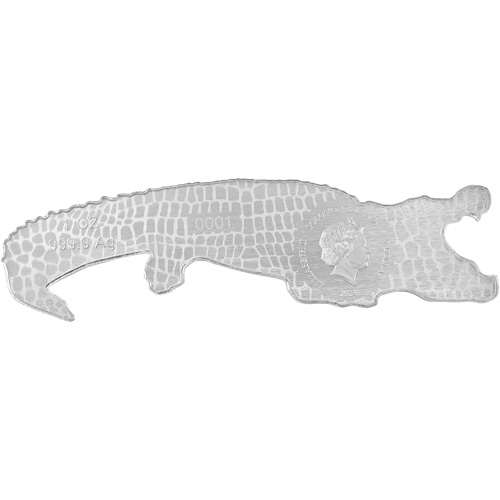 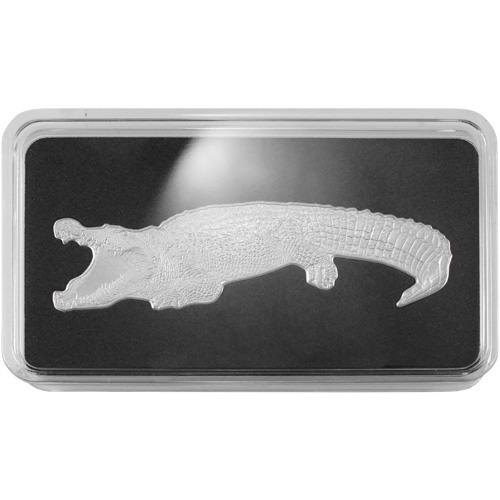 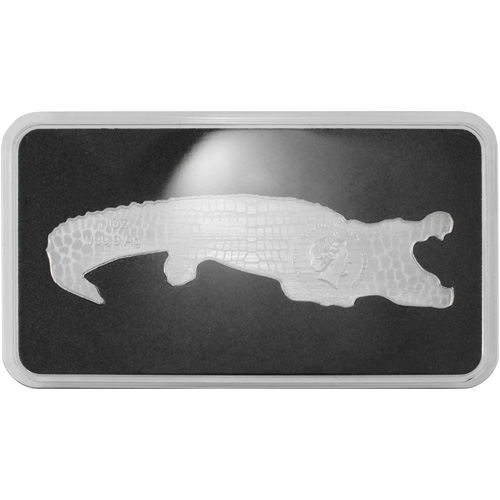 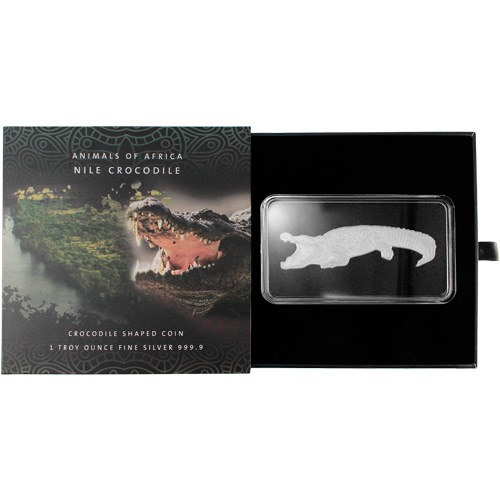 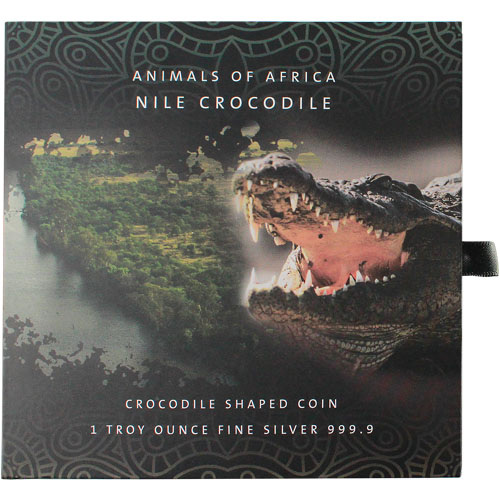 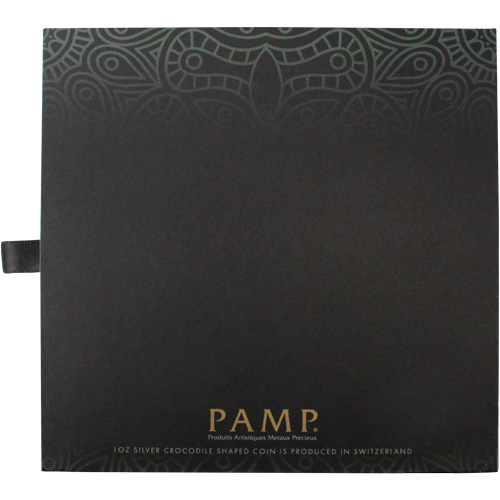 A large species of crocodilian, the Nile crocodile is native to the African continent and is spread across 26 different countries. Nile crocodiles were once prevalent in the Nile Delta, but today are found only in sub-Saharan Africa. The majority of the population of these massive reptiles includes the central, eastern, and southern nations across the continent. Though it bears the name of the longest river in Africa, the Nile crocodile actually inhabits a wide range of waterways to include lakes, rivers, swamps, and marshlands. A freshwater species, the Nile crocodile is capable of living in saltwater environments, but such an occurrence is relatively rare.

All of these 2021 1 oz Solomon Islands Silver Animals of Africa Nile Crocodile Shaped Coins are available to you with beautiful reverse-proof visuals. A reverse proof coin has mirrored design elements overlaying frosted background fields for distinctive visual appeal. These shaped silver coins are housed inside rectangular capsules and packaged in presentation boxes that have photographic imagery of the Nile crocodile on the cover. A Certificate of Authenticity is included with each coin bearing a matching serial number to the coin itself.

Queen Elizabeth II is found on the obverse of 2021 Solomon Islands Silver Animals of Africa Nile Crocodile Shaped Coins. The image of the Queen is set on the right side of the design field, with the serial number in the center and the weight, purity, and metal content noted along the tail of the crocodile-shaped coin.

Please contact JM Bullion with your questions. Our team can assist you on the phone at 800-276-6508, online using our live chat, and through our email address.