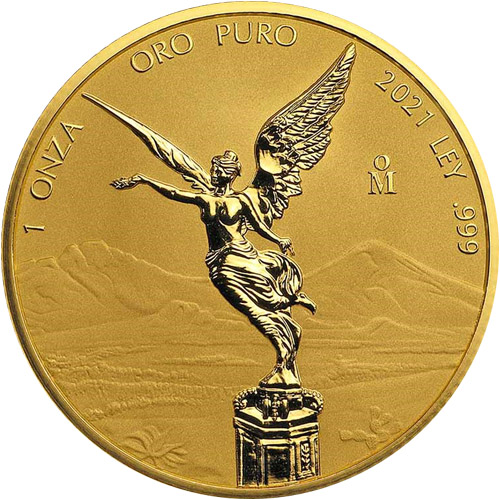 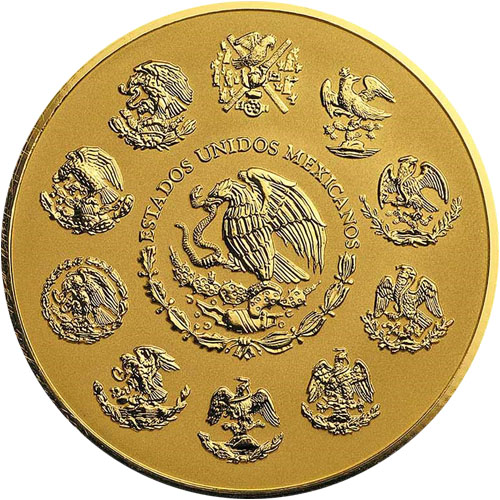 Mexican Gold Libertad Coins can be considered the direct successor to the historic Gold Centenario. The Centenario was issued by the Mexican Mint in 1921 to mark the 100th anniversary of the nation’s independence from Spain. The 50 Peso gold coins featured an effigy of Winged Victory on the obverse and the national coat of arms on the reverse.

Winged Victory is found on the obverse of 2021 1 oz Reverse Proof Mexican Gold Libertad Coins. This design shows Victory, better known in Mexico as the Angel of Independence, in three-quarter profile relief with a laurel wreath in one hand and a set of broken chains in the other hand.

For the reverse design of the 2021 Reverse Proof Gold Libertad, the mint features the modern coat of arms for Mexico flanked by 10 historic versions of the seal. The modern seal features a powerful golden eagle battling a serpent on the arm of a prickly pear cactus branch. The 10 historic seals around the design include the 1541 Codex Mendoza design based on Aztec mythology.