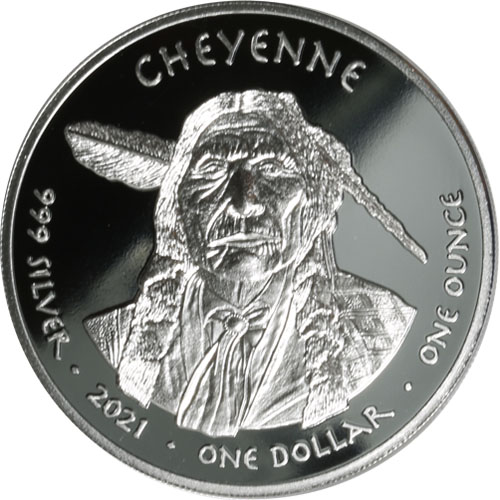 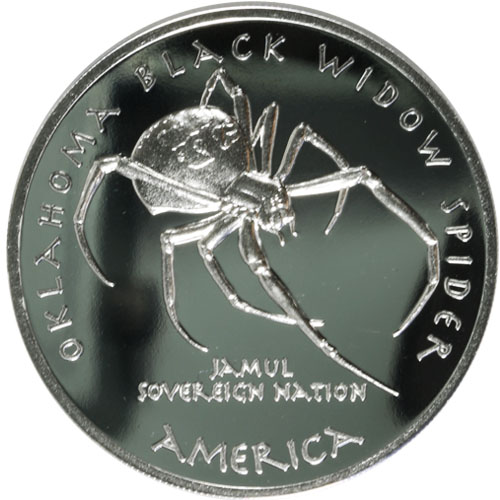 In the first release of 2021 in the Proof Native American Dollar Series, the state of Oklahoma and the Cheyenne people feature in the design element of these beautiful 1 oz silver coins. The Cheyenne people historically inhabited the Great Plains of the United States, with the modern populations of the tribe found in Montana and Oklahoma. Now, 2021 1 oz Proof Oklahoma Cheyenne Black Widow Spider Silver Coins are available to you for purchase online from JM Bullion.

The Proof Native American Dollar Series debuted in 2015 and features combined obverse-reverse designs that represent an indigenous tribe of First Nations people from North America, along with the state or region that those people either historically called home or currently live within in the modern era.

As the first design of 2021, the state of Oklahoma and the Cheyenne people feature in the series. The Cheyenne people came from the Algonquian language family and historically inhabited the Great Plains of the United States. When European traders and trappers first arrived in North America, the Cheyenne were living in modern-day Minnesota. The Cheyenne lived there in alliance with the Arapaho and were loosely aligned with the Lakota people from the Sioux tribes.

A Cheyenne tribal figure is depicted in the obverse design of 2021 1 oz Proof Oklahoma Cheyenne Black Widow Spider Silver Coins. The figure shown here is depicted wearing historically-accurate ceremonial dress. Starting in the early 18th century, the Cheyenne migrated west into the western reaches of North and South Dakota across the Missouri River. By the late-18th century and early 19th century, the Cheyenne consisted of 10 different tribes, or bands, living across a broad stretch of the Great Plains from southern Colorado through Wyoming and Nebraska into the Black Hills regions of South Dakota.

The fearsome black widow spider is featured on the reverse of 2021 Proof Oklahoma Cheyenne Silver Coins. Black widow spiders are part of a broad genus of spiders that are known as Latrodectus. The black widow is so-named because of its black body and is instantly recognizable by the red mark on its underbelly.

JM Bullion customer service is available at 800-276-6508. Alternatively, you can contact us online through our live chat and email address features.