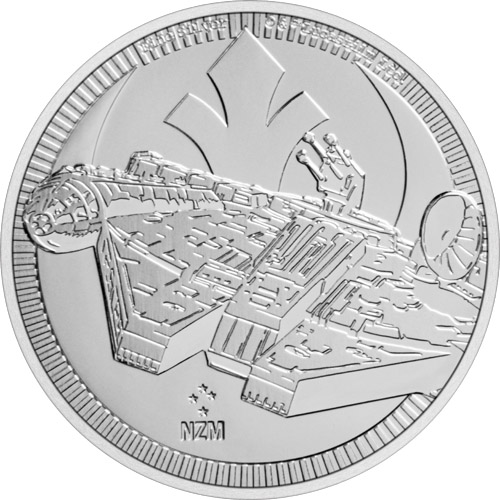 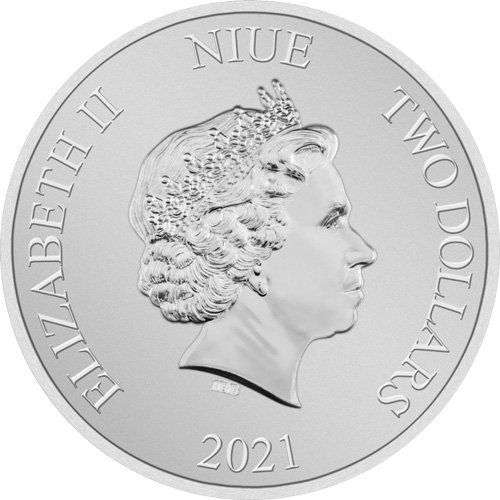 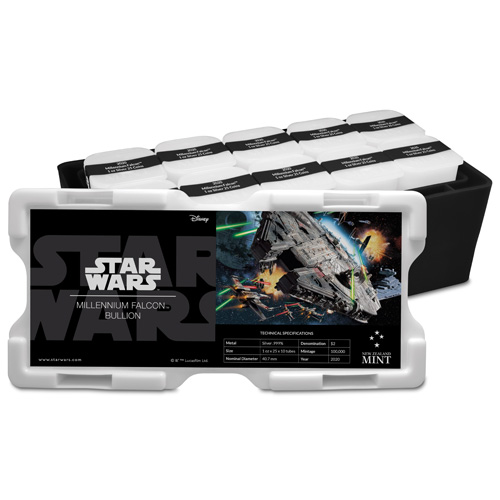 The Star Wars feature films and broader media universe is replete with depictions of famous starships, from X-wing fighters to the ships of the Empire and the massive Death Star. Among all of these, one could argue that the Millennium Falcon has the greatest and longest-enduring legacy within the franchise. The Falcon features in the latest Star Wars-themed silver coin for sale from the New Zealand Mint. Right now, 2021 1 oz Niue Silver Star Wars Millennium Falcon Coins are available to purchase online from JM Bullion.

Each of the 2021 1 oz Niue Silver Star Wars Millennium Falcon Coins offered in this listing comes in Brilliant Uncirculated condition. Individual coins in this series are available in plastic flips. Multiples of 25 coins will ship in plastic tubes, while multiples of 250 coins are housed inside of Monster Boxes. The box holds a total of 10 tubes of 25 coins each. The Monster Boxes in this series come with Star Wars-themed designs. In this case, that includes feature film graphics depicting the Millennium Falcon.

The Star Wars series from the New Zealand Mint is one of the most robust collections of silver bullion you will find, not just in terms of its theme, but overall. The collection has been running for several years and has featured characters from several films across the trilogies released by LucasFilms.

Queen Elizabeth II features on the obverse side of all 2021 Niue Silver Star Wars Millennium Falcon Coins. In this popular 1998 design, Her Majesty is shown in right-profile relief with the Girls of Great Britain and Ireland Tiara. The design was created in 1998 by Ian Rank-Broadley and first used by the Royal Mint of England as a fourth-generation effigy of British coins.

If you have any questions, JM Bullion is here to help. Our customer service team is available at 800-276-6508, online using our live chat, and through our email address.

Ericka from - January 25, 2022
"I was searching for a cute Star Wars coin as I am really a stacker and not totally into numismatics. This was it and I am very impressed!"