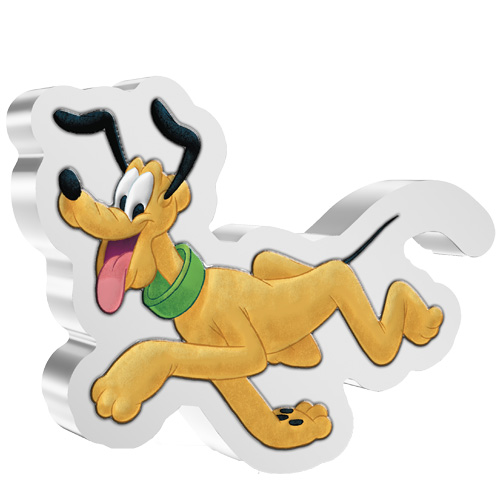 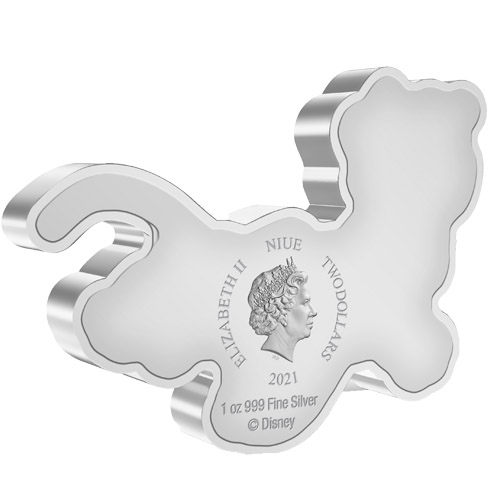 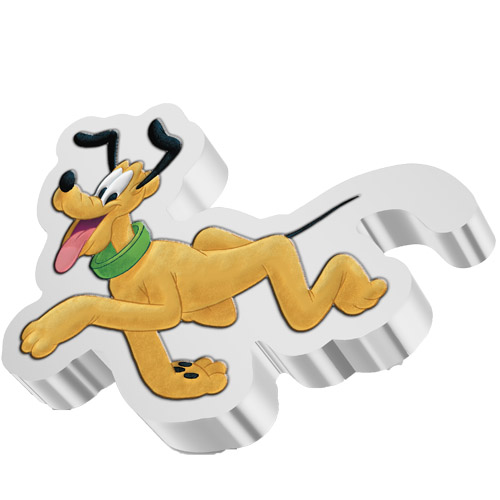 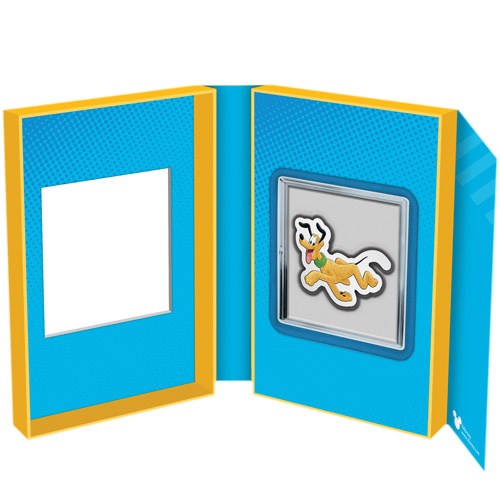 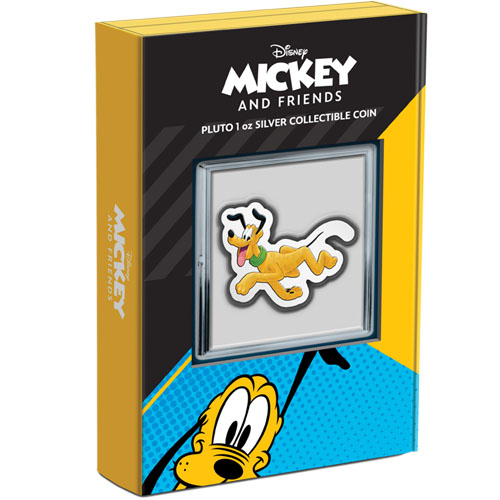 One of the members of the Sensational Six in the Walt Disney pantheon of animated characters, Pluto is the beloved pet of Mickey Mouse. Pluto, alongside Mickey, Minnie, Donald Duck, Daisy Duck, and Goofy, forms the Sensational Six as the most popular stars in the Disney universe. Today, 2021 1 oz Niue Silver Disney Pluto Shaped Coins are available to you online at JM Bullion.

Like the other members of the Sensational Six, Pluto has been in animated shorts and films from Walt Disney for nearly a century now. Pluto made his debut in 1930 in the animated short The Chain Gang. In that first appearance, Pluto was depicted as a bloodhound, but is more commonly known and depicted today as a mixed-breed dog with short hair, long, black ears, and a yellow-orange coat.

All of the 2021 1 oz Niue Silver Disney Pluto Shaped Coins arrive with protective packaging from the New Zealand Mint. The coins are housed inside custom-designed cases with a themed shipping box that has a Certificate of Authenticity included. The custom case hugs the shape of the Pluto-shaped coin and the coins each have an individual serial number from the mint.

On the obverse face of 2021 Niue Silver Disney Pluto Shaped Coins is an image of Queen Elizabeth II. This portrait of Her Majesty was created in 1998 by Ian Rank-Broadley and features in right-profile relief. This visual was first used on British coins from the Royal Mint as the fourth-generation effigy of the Queen and continues to grace the coinage of Commonwealth Nations around the world.

The reverse side of 2021 1 oz Niue Silver Disney Pluto Shaped Coins features the yellow-orange pup that serves as Mickey Mouses pet. Among the animal characters in the Disney universe, Pluto is the only major character that is not anthropomorphic. Though Mickey, Minnie, Donald, Daisy, and Goofy are all animals, they behave more like humans. Pluto, however, remains in character as a dog with the exception of a few facial expressions.

Please contact JM Bullion if you have any questions when buying silver. Our team is available to assist you at 800-276-6508, online using our live chat, and via our email address.