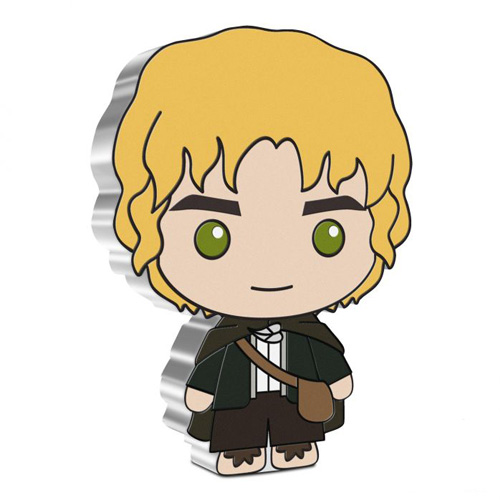 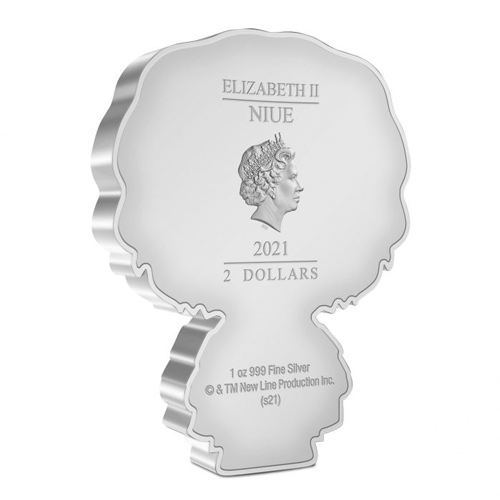 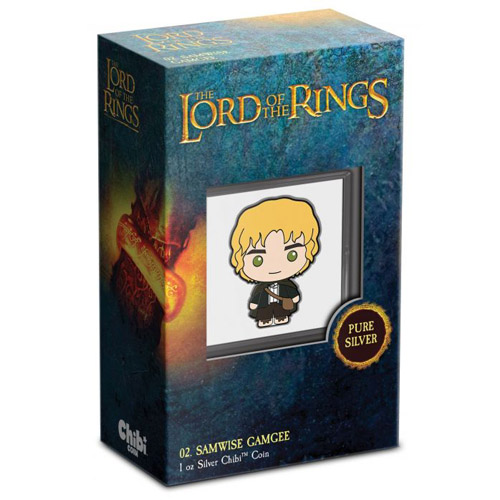 One of the most popular fictional series of the last two decades was the Lord of the Rings feature films. Along with the films of The Hobbit Series, these six movies took a new generation of viewers on a journey through Middle Earth as the forces of good tried to overcome the forces of evil. Now, 2021 1 oz Niue Silver Chibi Lord of the Rings Samwise Gamgee Shaped Coins are available to you for purchase online from JM Bullion.

From the late 1990s through the 2010s, moviegoers were introduced to a broad cast of characters from Middle Earth. In the first trilogy of films, the members of the Fellowship of the Ring set out on a dangerous quest to try and destroy the One Ring so humanity and other innocent races of the world can banish evil.

Nearly a century earlier, J.R.R. Tolkien introduced the world to the characters of Middle Earth with his 1937 children’s book The Hobbit. Between 1937 and 1949, Tolkien expanded on the concept with The Lord of the Rings. The book went on to become one of the best-selling books of all time. The novel has sold more than 150 million copies.

Queen Elizabeth II is featured on the obverse of 2021 Niue Silver Chibi Lord of the Rings Samwise Gamgee Coins. This right-profile effigy of Queen Elizabeth II was created in 1998 by Ian Rank-Broadley and includes the Girls of Great Britain and Ireland Tiara.

Samwise Gamgee is depicted in the reverse field of 2021 1 oz Silver Chibi Samwise Gamgee Coins. The design depicts the humble hobbit with his pants, cloak, shoulder bag, and the hairy feet of a hobbit. Samwise is best friends with Frodo Baggins and the two live in the shire. Hobbits are a race of little people who refrain from warfare and strife, living instead in a peaceful corner of Middle Earth.

These 2021 1 oz Niue Silver Chibi Lord of the Rings Samwise Gamgee Shaped Coins are available to you with a custom case. The case has a molded center to hold and protect the shaped 1 oz silver coins. The case ships in a themed shipper with a viewing window so you can see the coin design at all times. Each coin has a Certificate of Authenticity that is included with your purchase.

JM Bullion customer service is available at 800-276-6508. Additionally, we are available online using our live chat and email address features.