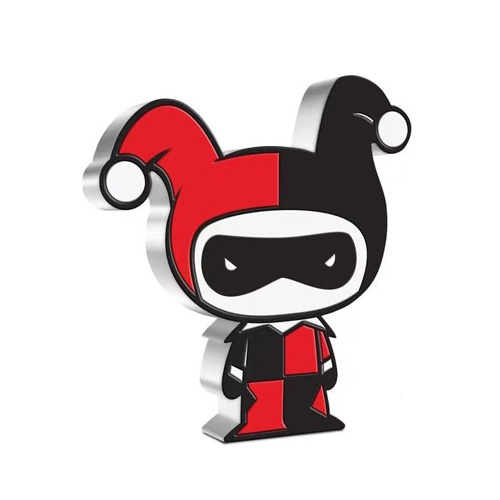 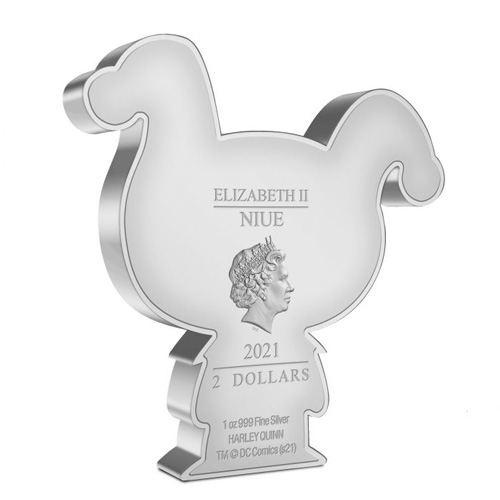 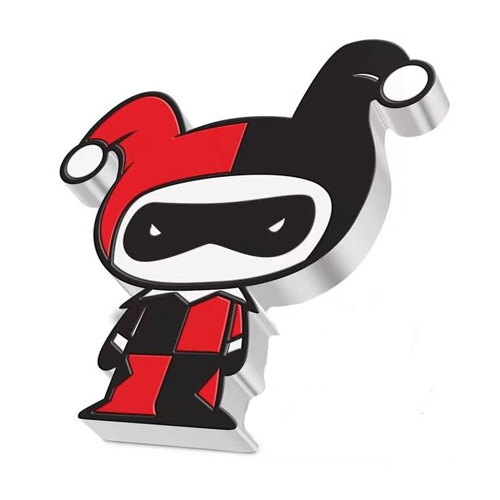 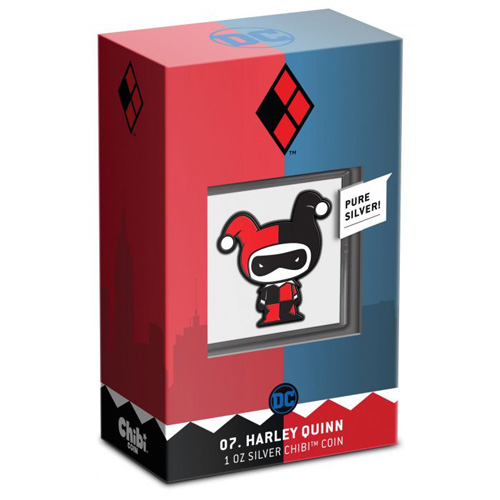 A fictional character in the DC Entertainment universe, Harley Quinn is both a villainess and a romantic interest for one of Batman’s main foils, the Joker. Harley Quinn first featured in DC Entertainment in 1992 and earned her own comic appearance in 1999. Now, 2021 1 oz Niue Silver Chibi Harley Quinn Shaped Coins are available to you for purchase online from JM Bullion.

Harley Quinn made her debut in September 1992 in Batman: The Animated Series. She was introduced in the animated classic as a supervillainess and the girlfriend-to-be of the Joker. Her character was later introduced into DC Comics in 1999 with the release of Batman: Harley Quinn #1.

The character known as Harley Quinn is actually Dr. Harleen Frances Quinzel, a psychiatrist working at Gotham City’s Arkham Asylum. While she was working at the infamous asylum for Gotham’s criminally insane, one of her patients was none other than the Joker.

The obverse of 2021 1 oz Niue Silver Chibi Harley Quinn Shaped Coins features an effigy of Queen Elizabeth II. The longest-reigning monarch in British history, Elizabeth II is shown here in the 1998 design from Ian Rank-Broadley, this fourth-generation portrait was used on British coins until 2015, Australian coins until 2018, and continues to feature on the coins of Niue, Tuvalu, and the Cook Islands, among others.

These 2021 1 oz Niue Silver Chibi Harley Quinn Shaped Coins are available to you inside of custom cases. The case has a molded center to safely house the coin and it ships inside of a themed shipper with a viewing window that showcases the design of the coin. Each coin comes with its own Certificate of Authenticity.