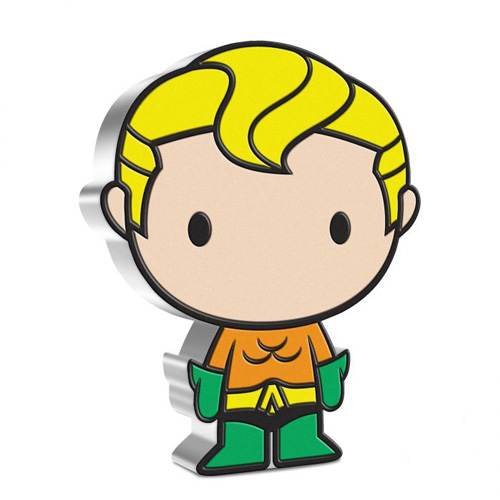 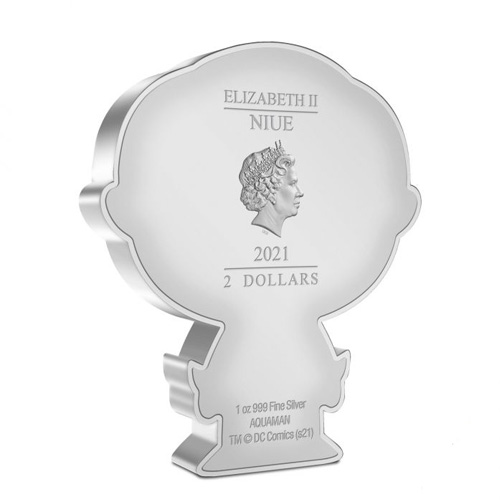 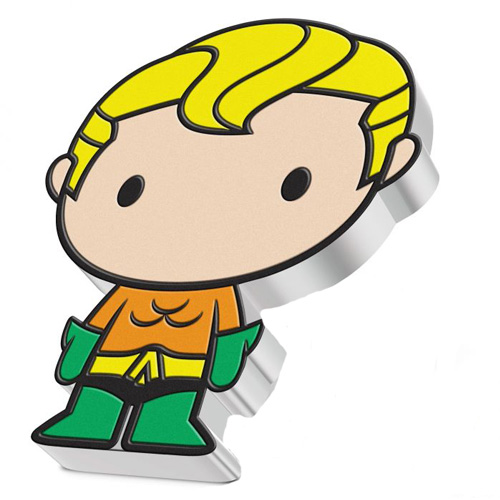 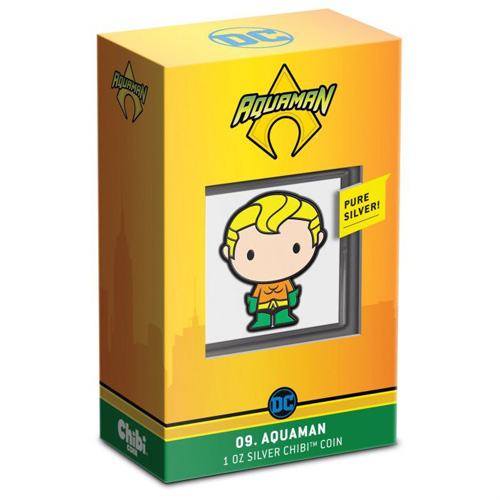 Aquaman is one of the underrepresented superheroes in DC Comics. His character is as old as the likes of Superman and the Dark Knight, having debuted in 1941, but he has failed to garner the same level of fame outside of comic book circles as some of the other major characters. The Aquaman character has, nevertheless, proven popular at the box office in recent years. Right now, 2021 1 oz Niue Silver Chibi Aquaman Shaped Coins are available to purchase online from JM Bullion.

Each 2021 1 oz Niue Silver Chibi Aquaman Shaped Coin comes with impressive packaging from the mint. The coins are housed in custom cases that boast a molded center that matches the shape of the Aquaman release. The coin and its case ship with a themed shipping box that has a window that enables viewing of the reverse design element of the coin inside of its case. The coins all come with a Certificate of Authenticity.

The Chibi DC Comics Series from the New Zealand Mint depicts a wide range of characters from the DC universe. This includes, but is not limited to, Catwoman, Harley Quinn, Wonder Woman, and Supergirl, just to name a few. Chibi is a Japanese slang term for caricature art that showcases animal and human forms with short, chubby bodies and oversized heads.

The obverse of the 2021 Niue Silver Chibi Aquaman Shaped Coin comes with a portrait of Queen Elizabeth II. In this right-profile design, Her Majesty is depicted with the Girls of Great Britain and Ireland Tiara on her head. This effigy was designed in 1998 by Ian Rank-Broadley and featured on British coins from 1998 to 2015.

On the reverse side of 2021 1 oz Silver Chibi Aquaman Shaped Coins is a depiction of Aquaman. The superhero is shown with his slicked-back blond hair, and his custom gold-and-green suit. Aquaman made his debut in DC Comics with the release of More Fun Comics #73 that was released in November 1941.

If you have any questions, please feel free to reach out to JM Bullion. Our team is available to assist you at 800-276-6508, online through our live chat, and via our email address.