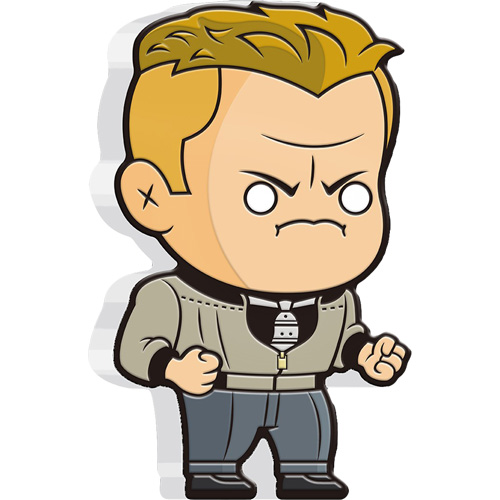 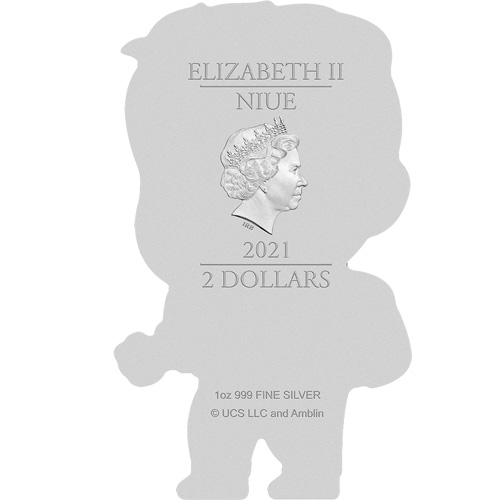 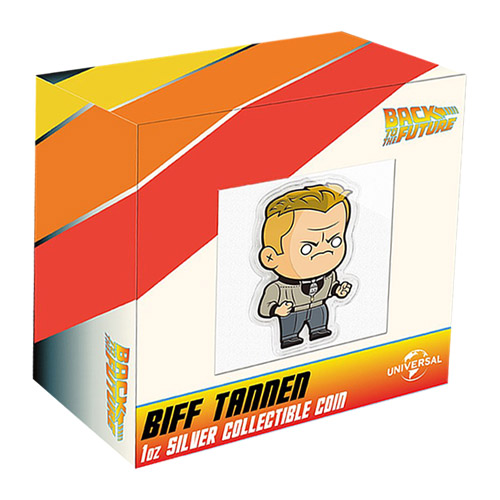 The series of Back to the Future Silver Coins from the New Zealand Mint launched in 2020. The coins feature proof visuals with shaped blanks that take on the form of an animated caricature of one of the main characters from the Back to the Future film franchise. The first two releases in 2020 started the 35th-anniversary celebration, a celebration that continues into 2021 with two new designs. Now, 2021 1 oz Niue Silver Back to the Future Biff Tannen Shaped Coins are available to you for purchase online from JM Bullion.

The first feature film in the franchise saw Marty McFly transported back to the 1950s where he tried to make sure that his best friend, Doc Brown, would be prepared for the events of 1985 in order to save his life. The subsequent films would see Doc, Marty, and Jennifer going into the future to the 21st century to save Marty and Jennifers son from a disastrous decision, while the final film of the trilogy saw Marty go back to the 19th century to help Doc Brown one more time. In all three of these films, the primary antagonist in the films was Biff Tannen.

Queen Elizabeth II features on the obverse of the 2021 1 oz Niue Silver Back to the Future Biff Tannen Shaped Coins. The image of Queen Elizabeth II shown here is the fourth-generation design from the Royal Mint of England created in 1998 by Ian Rank-Broadley.

Biff Tannen is depicted in the reverse design of 2021 Niue Silver Back to the Future Biff Tannen Shaped Coins. Tannen is the quintessential bad guy throughout the film. A bully to George McFly in the 1950s, he was abusive of Martys father George in the 21st century and, as Buford Tannen, was an outlaw in the final film who threatened both Doc Brown and Marty McFly.

These 2021 1 oz Niue Silver Back to the Future Biff Tannen Shaped Coins are available to you in presentation cases with a themed shipper bearing the matching artwork of Biff Tannen. The coins come with a Certificate of Authenticity as well.

JM Bullion customer service is available to assist you at 800-276-6508. Alternatively, you can reach out to us online using our live chat or email address features.