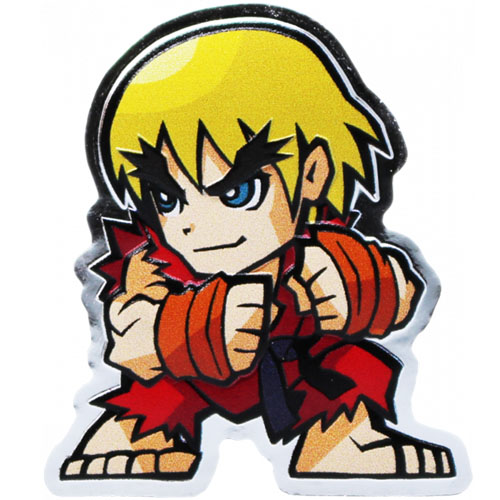 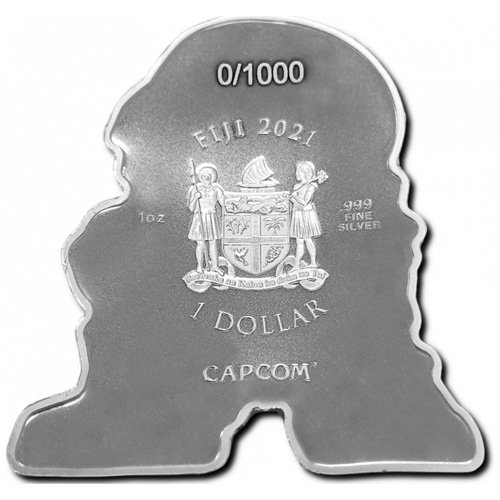 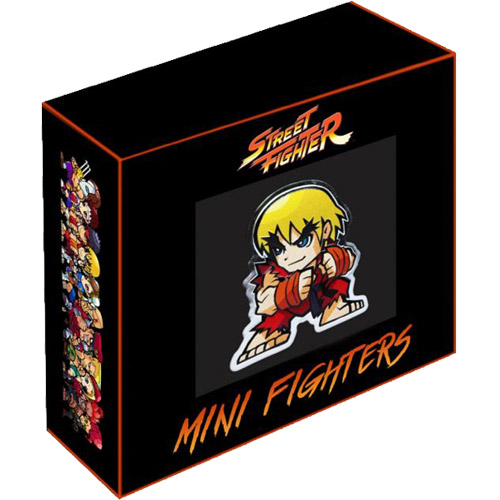 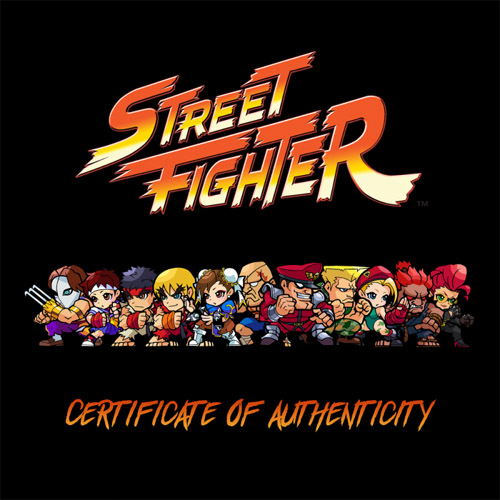 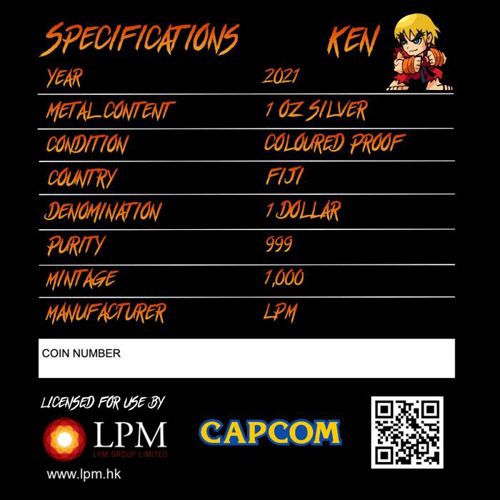 In 1987, the release of Street Fighter altered the video game landscape when it was still in its infancy. Street Fighter not only popularized combat video games in a new manner, but it also helped boost the numbers of people streaming into arcades to get their hands on the joysticks of a Street Fighter unit. This groundbreaking series is celebrated in a colorized, shaped silver coin release in 2021. Right now, 2021 1 oz Fiji Street Fighter Series Ken Silver Coins are available to purchase online at JM Bullion.

Each 2021 1 oz Fiji Street Fighter Series Ken Silver Coin is available to you for purchase online with presentation packaging. The coin is held in its own presentation case and set within a themed shipper for delivery. The shipper includes a Certificate of Authenticity and each coin is individually serialized by the mint.

Obverse design elements on the 2021 Fiji Street Fighter Series Ken Silver Coins include the Fijian coat of arms. The national seal includes a quartered shield with symbols of Fijian life, culture, and commerce in each of the respective quadrants. The shield is topped by a passant lion and there is an outrigger canoe above the shield. The shield is supported by native Fijians on either side. The individual serial number of each coin is found on the obverse. Listed above the coat of arms, it appears as a number out of 1,000. For example, as XXXX/1000.

Reverse visuals on the 2021 1 oz Street Fighter Series Ken Silver Coins depict the character known as Ken Masters in his fighting stance. In the original game, he is only known as Ken and is shown wearing a red karate Ghi with a black belt.